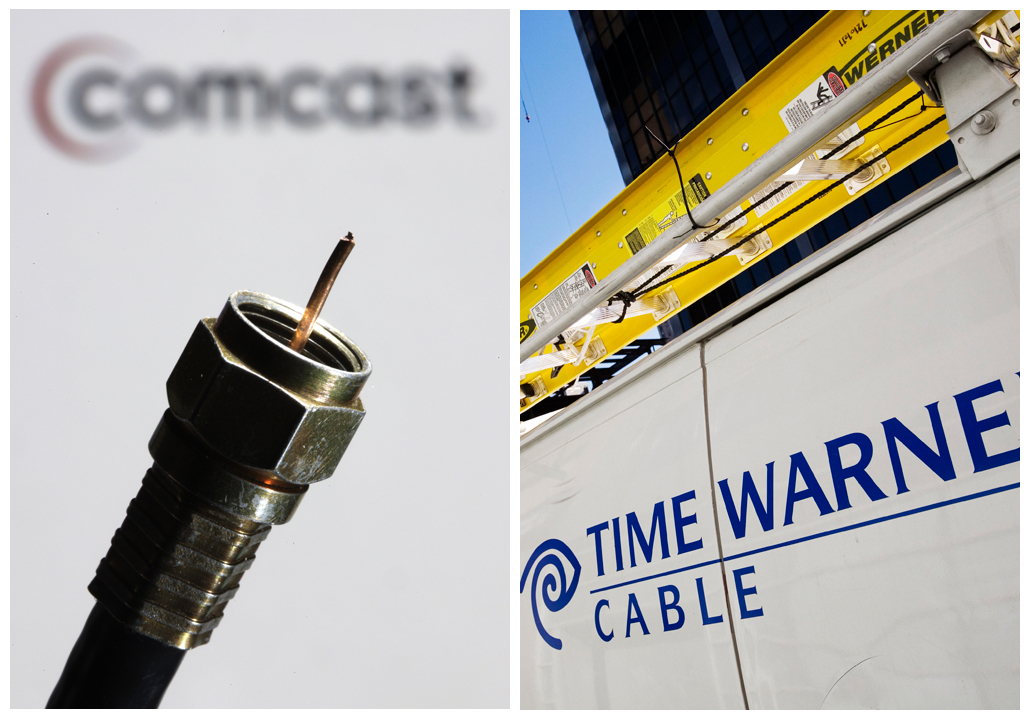 In this combination of Associated Press photos, the a coaxial cable is displayed in front of the Comcast Corp. logo in Philadelphia, on Wednesday, July 30, 2008, and a Time Warner Cable truck is parked in New York on Feb. 2, 2009. Comcast Corp. announced Thursday, Feb. 13, 2014, that it is buying Time Warner Cable Inc. for $45.2 billion in stock. (AP Photo/Matt Rourke)

I. Approval at Any Cost?

Having already paid millions to members of Congress in hopes of swaying regulatory decisions regarding the proposed $45.2B USD deal, Comcast appeared to make yet another brazen move this week, donating $110,000 as a “presenting sponsor” for a lavish dinner party honoring U.S. Federal Communications Commission (FCC) Commissioner Mignon L. Clyburne.  Time Warner Cable chipped in a more modest $22,000 USD.

The donations were reported on by Politico and Fierce Cable, among others, following a blog by the group Citizens for Responsibility and Ethics in Washington (CREW).

Lyft-Uber Competition for Drivers Heats Up