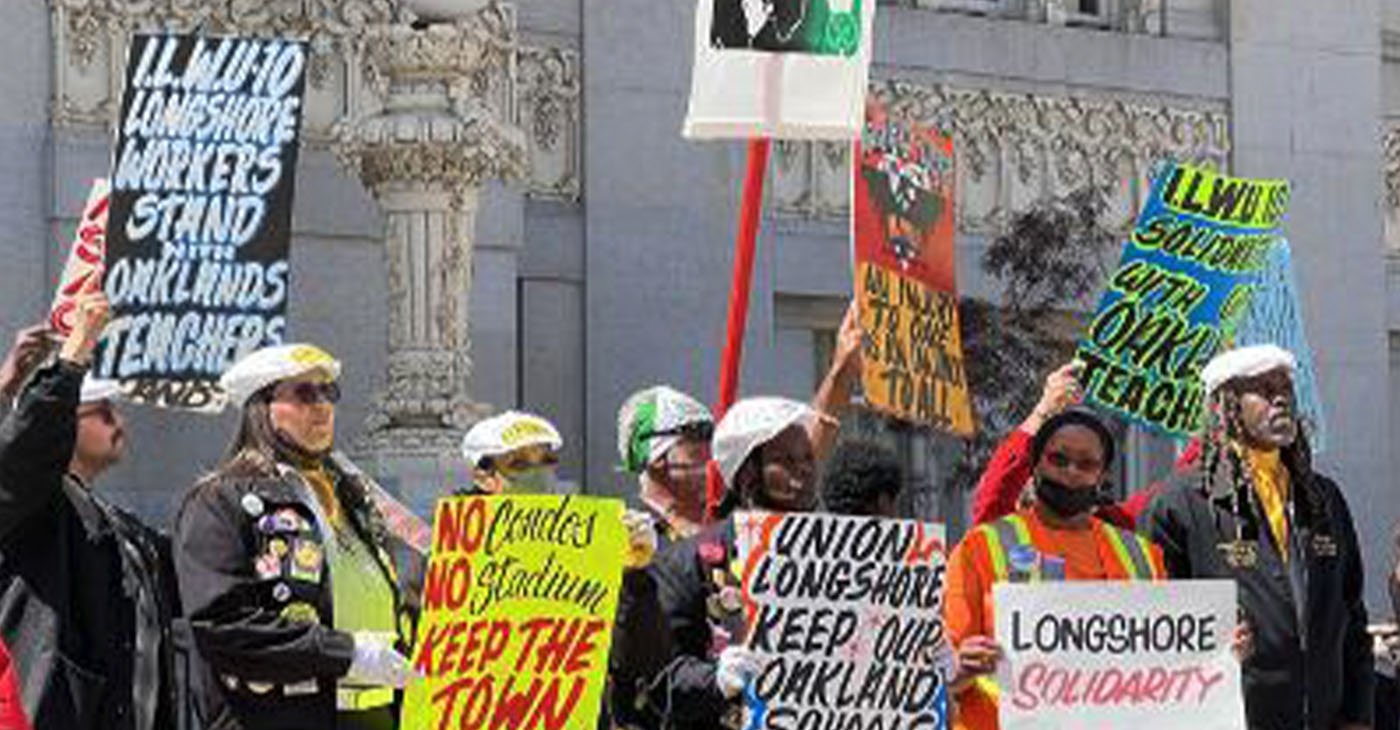 Community advocates and organizations are calling on members of the public to show up Monday morning at a Special Public Works Committee hearing to oppose City Administration’s attempt to divert a state grant of $260 million from port-related projects and redirect them to non-priority projects, specifically infrastructure for John Fisher’s Howard Terminal private real estate deal.

With a lack of transparency and minimal public notice, Mayor Libby Schaaf’s administration is proposing resolutions that ignore usual due process, seeking to commit public funds to the Howard Terminal project before any City Council approvals have been granted, say activists.

According to the activists, these funds were intended to benefit the Port of Oakland’s supply chain, safety, and critical infrastructure needs – not a billionaire’s private real estate development.

If you are reading this online, you can go to the Virtual Tele-Conference Via Zoom at LINK. View at the Staff Report at LINK and the Committee Agenda at LINK.