'Cast Someone Stupid': Andre 3000 Wants Leonardo DiCaprio To Play Him In A Movie
Advertisement 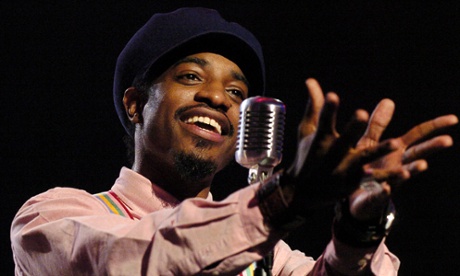 Andre 3000 from the group OutKast performs “Hey Ya” during rehearsals for the 31st annual American Music Awards, Thursday, Nov. 13, 2003, in Los Angeles The awards will be given on Sunday. (AP Photo/Mark J. Terrill)

(Entertainment Wise) – Andre 3000 is currently gearing up for the release of his leading role as Jimi Hendrix, in the rocker’s much hyped biopic Jimi: All Is By My Side. While Andre is the obvious man for the job, he has some pretty out there ideas when it comes to casting him and band mate Big Boi in a potential Outkast the movie.

During a press conference promoting his Jimi Hendrix picture, the hip-hop heavyweight raised a few eyebrows with his unusual suggestions about who he would like to see play him in a film version about his life.

So who would be the rapper’s first choice to play himself and Big Boi? Leonardo DiCaprio and Kevin Hart. Yup, the Hey Ya hitmaker surprised everyone with his picks, but he admitted he’d like to have some fun with it explaining their biopic would be more like a comedy than the next Ali or Ray.

“It would be great to make an Outkast movie right now, but instead of really serious, make it a full comedy — like Kevin Hart would play Big Boi.” We love Kevin Hart, best known for his hit comedies Think Like A Man and Ride Along, but for Big Boi? Erm, we’re not so sure!