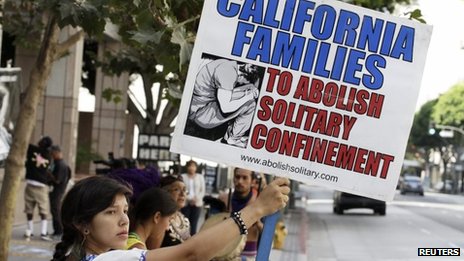 A district court judge in California has given state authorities permission to force-feed dozens of prisoners who have been on hunger strike for more than six weeks.

Judge Thelton Henderson said some of the inmates who were near death could be fed, despite some signing requests not to be revived.

They are protesting at the practice of holding violent prisoners in isolation, sometimes for more than a decade.