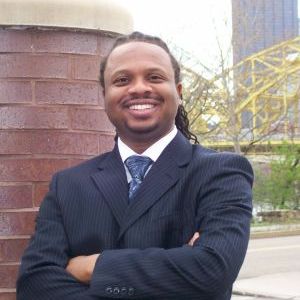 By Sandra Jordan
Special to the NNPA from The St. Louis American

Keon Gilbert, assistant professor in the College for Public Health and Social Justice at Saint Louis University, has received a $100,000, two-year grant from the Robert Wood Johnson Foundation (RWJF) to determine which behaviors and policies are most likely to improve the health of African-American men.

The New Connections: Increasing Diversity of RWJF Programming career development grant engages young researchers and experts from historically under-represented groups, such as members of a racial or ethnic minority or the first in their families to attend college.

Gilbert will study the many factors that influence African-American men in their decisions about seeking preventive health care and engaging in healthy behaviors. His research will address racial, ethnic and gender health disparities and identify effective community-based intervention strategies.

“This grant will provide me with an opportunity to try and engage not only men who are medically underserved, but to begin to engage a range of interested parties such as physicians, nurses, business and community leaders,” Gilbert said.

“In many ways, I want this grant opportunity to become a rallying cry for those concerned individuals and groups to discuss and develop strategies to improve the health and well-being of black men in this area.”

Gilbert, who has master’s degrees in public affairs and African-American studies as well as a doctorate  in behavioral community health sciences, said he discovered his passion for African-American men’s health during his Kellogg Health Scholars post-doctoral training at the University of North Carolina in Chapel Hill.

“It opened my eyes to the unique and complex issues that African-American men face,” he said. “It fit with my interest in disease prevention and health promotion and gave me a specific group of people of focus on.”

Typically, healthy men don’t go to the doctor as frequently as women partly because of the absence of structured medical appointments that females have, such as regular mammograms and pap smears to serve as reminders that it’s time to get an annual physical.

“There also is this piece of masculinity embedded into the understanding of why men behave differently than women,” Gilbert said. “Masculinity is formed and shaped differently in black communities than white communities.”

“They don’t make the time to take care of their health,” Gilbert said. “African-American men also may feel distrustful of doctors and the health care system. They are more likely to shut down and not return rather than to find a new doctor.”

As a group, African-American men face additional challenges, Gilbert added. They tend to have less education and fewer social supports than Caucasians. They are more likely to live in poverty with fewer resources.

Because passage of the Affordable Care Act gives all U.S. residents easier access to health care, Gilbert believes now is an opportune time to engage African-American men in the health care system.

Enrollment through the Gateway to Better Health demonstration project funded by the Centers for Medicare and Medicaid Services at the public health centers has opened the door for many men to access and utilize healthcare services.

Gilbert said he will build on the research of others in understanding the unique profile of African-American and examine which behaviors, such as diet, exercise and stress relief, are most relevant to keeping them healthy.

As he conducts his research, Gilbert will network with mentors, recipients of New Connections grants and other researchers funded by RWJF engaged in parallel work and studying topics in adjacent areas.

“I hope that as more people find out about the work I am doing that they will want to become full partners to address the health and well-being of black men in the St. Louis area,” Gilbert said.

“I want fraternities, the Urban League, 100 Black Men, physicians, factory workers, cooks – the whole spectrum of organizations that work with black men and those organizations and concerned citizens – to become aware and want to help with this initiative.”