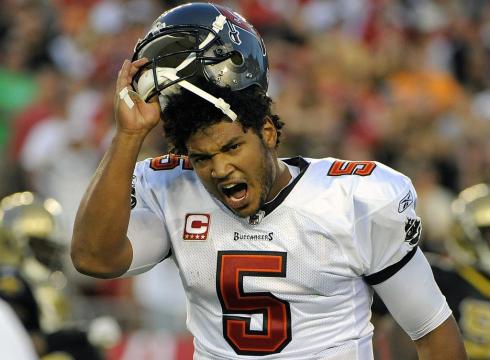 Josh Freeman’s career with the Tampa Bay Buccaneers is officially over.

The team waived Freeman on Thursday, eight days after the fifth-year quarterback was replaced as Tampa Bay’s starter by rookie Mike Glennon.

“We made the decision today to release Josh Freeman. We appreciate his efforts over the past five seasons, but we felt this was in the best interests of both Josh and the Buccaneers.”

General manager Mark Dominik contacted every other team in the NFL in an unsuccessful attempt to trade Freeman, a 4,000-yard passer a year ago and the team’s career leader with 1,144 completions and 80 touchdowns.