Black Women Leaders: Newsom Is Turning His Back on Karen Bass for Mayor
Advertisement 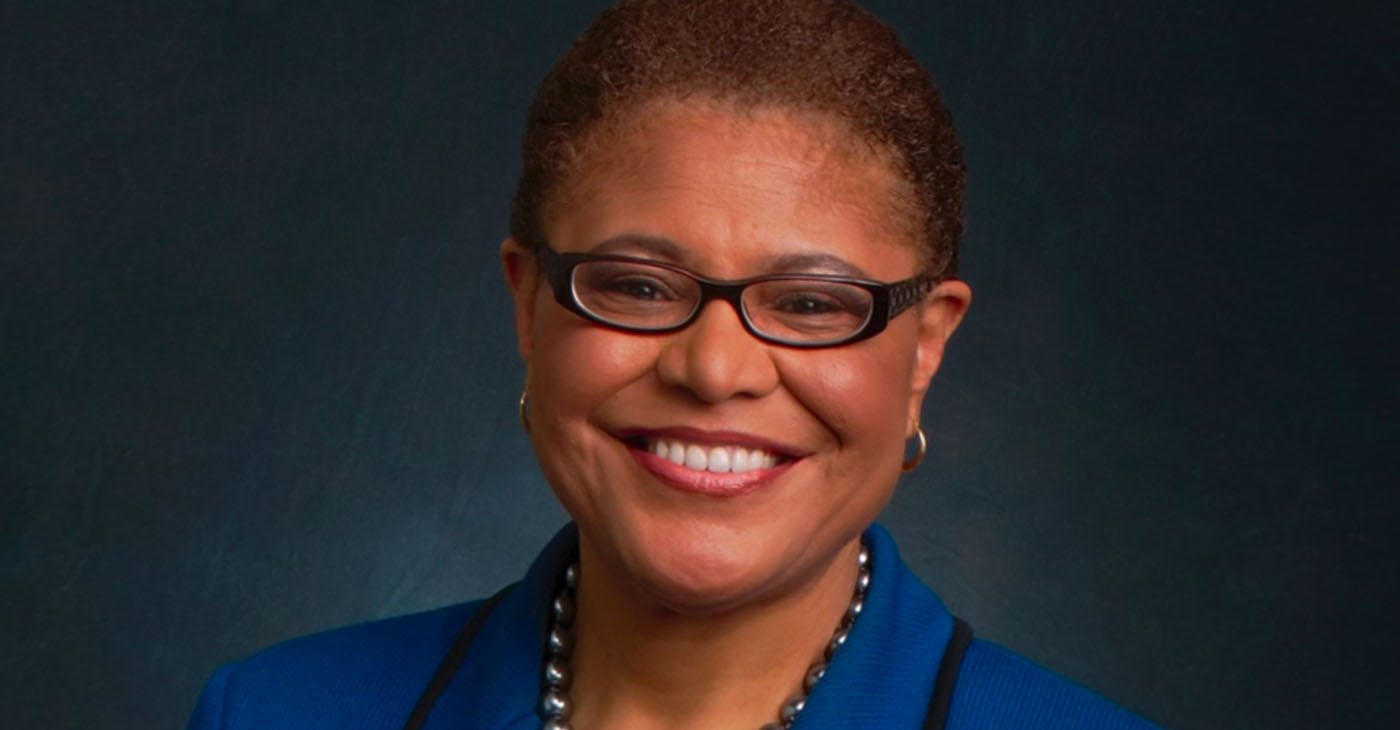 The individuals and organizations said in a letter that they had “watched Governor Newsom issue his support to local and statewide candidates for this upcoming November general election,” but he has not indicated he would be supporting Bass.

“Black Women went all in to support Governor Newsom during the recall with Congressmember Bass leading the way. We showed up and came out while other groups stayed home. We also led the charge to pull together our allies that rallied counterparts throughout California for Women Against the Recall.  And yet…we haven’t seen much change in his actions,” the October 16 letter stated.

In August 2021, Bass, members of the group calling itself Women Against the Recall (WAR), and Congresswoman Barbara Lee (D-CA-37), held a news conference to openly support Newsom in the recall election held Sept. 14, 2021.

Newsom survived the political action and many Black women in the state are asking him to acknowledge their assistance.

“He stated that he supports Black women, but his administration doesn’t demonstrate that he wants us at his decision-making table. He selectively supports Black women candidates even when they have overwhelming support from the party leaders and our community like in the case of Congressmember Bass,” the coalition stated.

Gov. Newsom has not endorsed any candidate running for mayor of Los Angeles in the November election, but he recently lent support to a Democrat running for State Senator.

On October 8, Angelique Ashby announced in a written statement that Newsom endorsed her candidacy for State Senate District 8. Ashby currently represents Sacramento City Council District 1 and serves as vice mayor of the City of Sacramento.

“Angelique will be the first woman elected to the State Senate from the Sacramento region in more than two decades; she’ll bring years of experience advocating for women – especially their right to privacy, the ability to make their own healthcare decisions and the fundamental right to an abortion,” Newsom said in a statement released by Ashby. “We need Angelique’s energy, perspective, and results-driven leadership in the State Senate. Please join me in supporting her.”

“Governor Newsom has been on the frontlines of many righteous fights,” said Ashby. “I look forward to fighting alongside him in the Capitol. It is an honor to earn the support of someone who shares the same passion I have for serving our communities,” Ashby said.

Smallwood-Cuevas says that “Newsom has made his call on this race.” He is endorsing her.

But Newsom has been quiet on the Democrat versus Democrat Los Angeles mayoral race. Bass, who is running to be the first Black Woman Mayor of the second largest city in the country, was endorsed by President Joe Biden and Vice President Kamala Harris in an August 2 joint statement.

Bass is facing billionaire and Republican-turned-Democrat Rick Caruso in a runoff election in November.

As the mayoral race gets closer to the election, some Bass supporters are baffled by Newsom’s reluctance to announce an endorsement in her favor.

A poll released by the UC Berkeley Institute of Governmental Studies (IGS) conducted in September had Bass ahead of Caruso 34% to 31%. Bass was leading her adversary by 12% during the summer.

The Black women’s groups released the letter of support after Bass’ Baldwin Vista home was broken into in mid-September. Two people have been arrested, but the incident raised concerns about Bass’ safety, they say.

“Black women are more likely to be victims of crimes than our female counterparts, according to The Status of Black Women in the United States report by the Institute for Women’s Policy Research,” the open letter stated. “Protecting ourselves is a matter of survival. Yet, when we are the victim of crimes, our calls for help are often ignored and even questioned by those who are charged with protecting and serving the community.”

Considering their support for Newsom in the past, the Black women’s organizations stated in their letter that choosing Bass “should be an easy choice” for the governor. They also said that it is “unacceptable to ask for our support but then turn your back on us when it matters the most.”

“(Bass) has demonstrated that she is the best one who will focus on bringing the state’s largest city together and move it forward for everyone,” the letter stated. “Which side of history do you want to be on, Governor?”