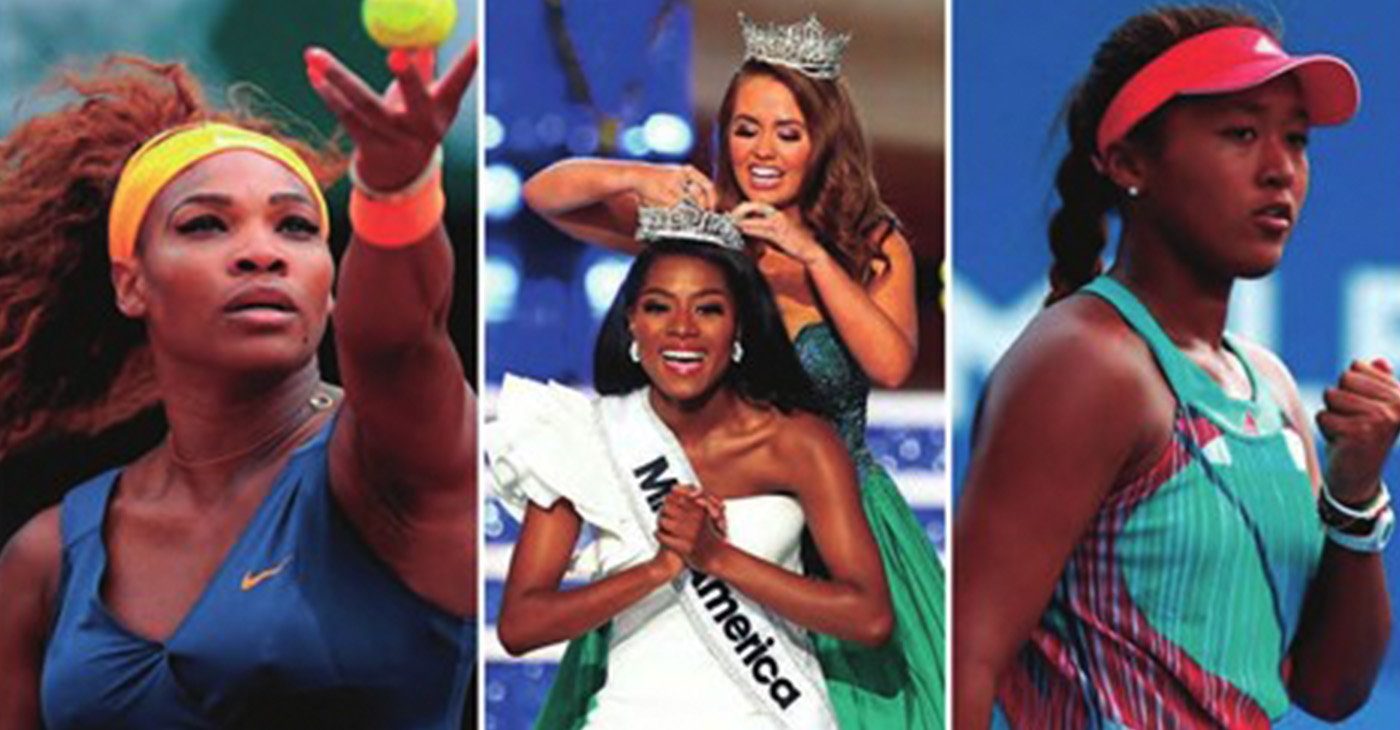 While I’m thrilled that New York, a black has been crowned the new Miss America, I not so fast to think that all that #blackgirlmagic is the final solution.

To be sure, there are many causes and numerous instances to celebrate women’s achievements, and I am not interested in diminishing any one person’s accomplishments. But we can ill afford to let our guard down; to give up our constant, diligent watch in protest against injustices visited upon more than 50 percent of the population, even when a black girl appears to be magical.

After the celebration of Nia Franklin’s crowing as Miss America, I urge caution.

We need to take time to pause and regroup-to recharge our batteries for the long battles we’re still waging.

On one front, we have the ongoing, blatant, and racist D-I-S-R-E-S-P-E-C-T of Serena Williams, a series of in-your-face affronts that crystalizes the fight black women have been engaged in for so long.

It’s great to see Serena taking her fight to the top.

On other fronts, we have the ongoing treatment of women as second-class citizens, at best. Around the world, and with only a few exceptions (Scandinavian countries usually get it right) females still work for less pay for equal work; suffer from genital mutilations; are forced into child marriages; murdered at birth in some parts of India/Asia; treated with general disdain, and/or bullied simply for being female, to give just a few examples of the problem.

And if the females are non-white, you can bet that their ill treatment is multiplied by some numerical factor greater than two.

Where does this distorted thinking come from? Are we born that way? If you looked closely at how children under the age of two treat one another, you’d realize that they don’t know differences. It is taught. How did we go so wrong with adopting the notion that females are less than. Less worthy. Less valued. Less likely to (fill in the blank).

There are legions and legends of female warriors, but chances are only a very few we can recall as handy references, including Candace, Nzinga, The Dahomey Amazons, Nefertiti, Cleopatra, Harriet Tubman.

But if you Google: Female Warriors throughout History, Wikipedia lists several dozens’ from ancient history to modern times. They are, not surprisingly, from all over the world, and dating back to the most ancient of times. Some of their conquests included whole countries!

Talk about half the sky. So, if it’s true that we (females) hold up half the sky, why does it feel that our part of the sky is not being held as high, or as steady as the other half? Or that the sky feels like it is about to collapse on all our heads?

For instance, just look at the growing lists of men accused of sexual harassment; Les Moonves, CEO of CBS, went down this week.

#metoo is real. Think about that for a minute. I suppose if I stood on my head I would see the world as one big alternative fact. But I am standing upright and with both feet firmly planted in reality.

Here is some of my reality. I have four granddaughters and I imagine that each one of them is being prepared to lead the world; to invent cures for diseases; to solve complex problems facing humanity; to participate as equals amongst equals.

And I have to ask myself this question: “What good has my stay here been if I don’t teach them by my example?”

We cannot become blinded by a few exceptions like Miss America, brilliant athleticism on tennis courts or at gymnastics meets, or winning medals on Olympic swim teams, etc.

The everyday, ordinary black girl has magic too. Each of us must take our places on the front lines of defense for all of them. They should see every one of us holding up our 50 percent of the sky.

And that means that our black males must hold up their fair share too.

That is the next frontier- to guarantee that #blackgirlmagic and #blackguysmagic becomes a winning combination.

This article originally appeared in the South Florida Times.

How to Stock Your Home with an Emergency Supply Kit

COMMENTARY: The Miseducation of “Betsy DeVoid”