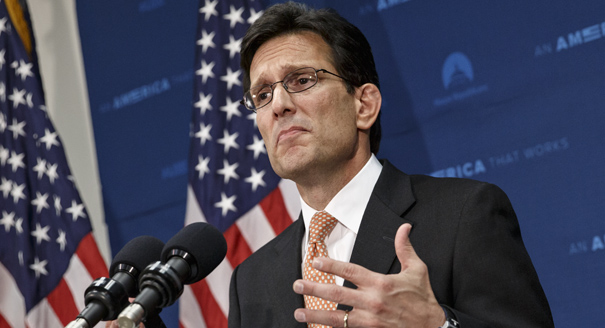 ASHLAND, Va. (Politico) — From the moment polls opened Tuesday, it could not have been clearer that Eric Cantor gave no mind to the idea he could lose.

In the morning, he huddled with lobbyists at a Starbucks on Capitol Hill. In the afternoon, a campaign aide in Richmond emailed Cantor allies in Washington to report that Election Day plans were going swimmingly. The Cantor campaign organized volunteers to meet at the Republican National Committee to travel to the district for a get-out-the-vote effort that was billed as a way to “build up your resume campaign credentials,” with the added perk of getting a chance to “meet the majority leader” and celebrate at his “victory party,” which would feature a bar and catering stations.

And in the evening, Steve Stombres, Cantor’s longtime chief of staff who is also a local politician in Northern Virginia, attended a Fairfax City Council meeting, where wastewater treatment and public employee retirement plans were on the docket.

Within hours, Cantor’s political career came to a crashing end, as a crowd of dejected supporters, draining beer and wine from the bar, watched in disbelief while Cantor gave his concession speech.

Why MSNBC is in Trouble