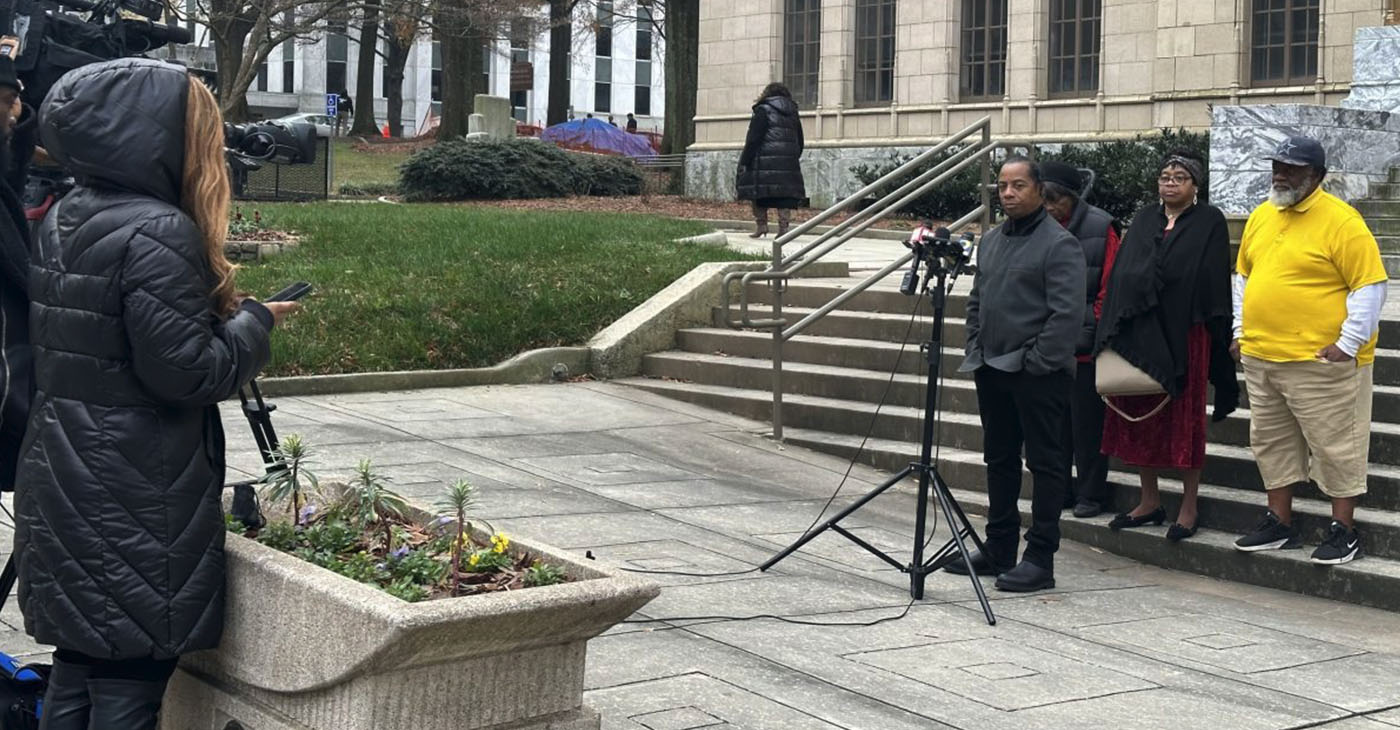 By Donnell Suggs | The Atlanta Voice

The silver C pendant around the neck of Catherine Leach shone brightly in the sunlight. She and three other relatives, neighbors and advocates of victims of the Atlanta Child Murders took their places in front of a bank of microphones and cameras outside Atlanta City Hall Tuesday morning. The C is in remembrance of her son Curtis Walker, who was killed as child nearly 50 years ago. 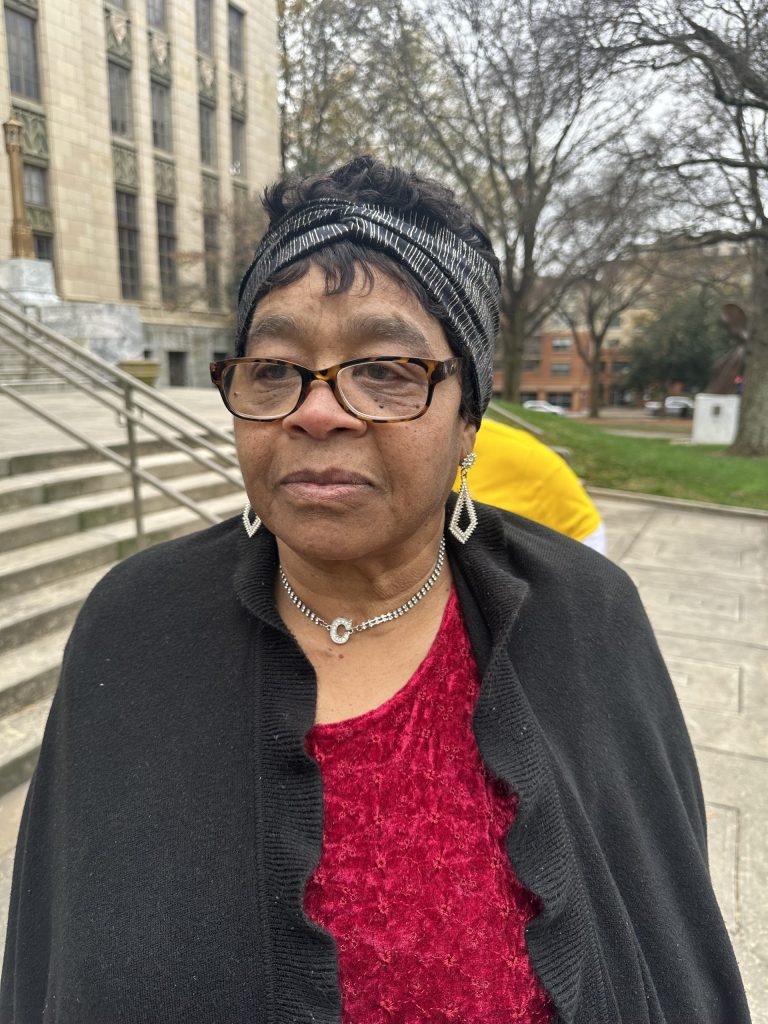 Catherine Leach wears a silver pendant in honor of her son Curtis Walker, one of the victims of the Atlanta Child Murders. Photo by Donnell Suggs/The Atlanta Voice

They were there to hold a press conference to try to drum up some attention for the victims while attempting to get any updates in regard to the DNA of the victims that was outsourced more than a year ago under former Atlanta Mayor Keisha Lance Bottoms.

The DNA was sent to Sorenson Forensics, a lab that specializes in DNA evidence and is located in the Salt Lake City suburb of Draper. There have not been any updates, according to Leach and the others. “No one has come forward and told me that Wayne Williams had killed my child,” Leach said. “Deep down in my heart I know Wayne Williams did not kill my child.”

‘What are they hiding?” asked Nicholas Burston, the cousin of Anthony Carter, an Atlanta Child Murders victim. Photo by Donnell Suggs/The Atlanta Voice

‘I still want justice for my son,” Leach said. “I’m standing in the gap for the other parents that are no longer here.” 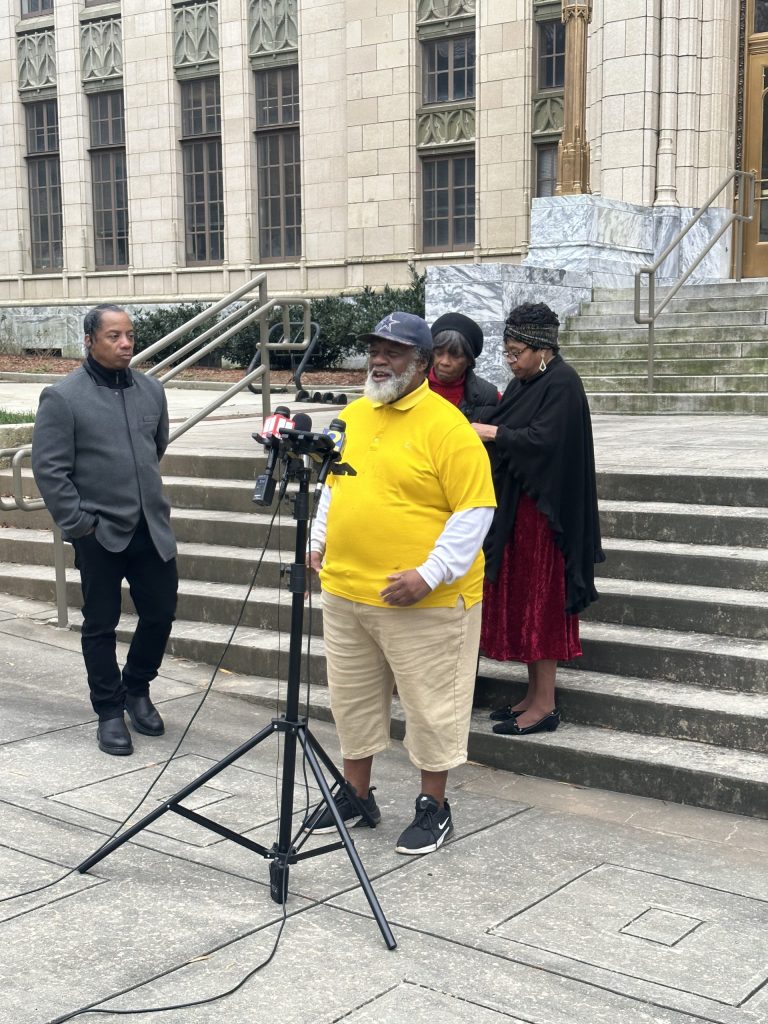 What are they hiding?” asked Nicholas Burston, the cousin of Anthony Carter, an Atlanta Child Murders victim. Photo by Donnell Suggs/The Atlanta Voice

Williams has been in prison for the murders of two adults since 1981. He was not convicted for the murders of the many children connected to the Atlanta Child Murders. Hazel Horne, a former neighbor and friend of Williams’ family also wants answers about Williams’ case. “I pray and I hope he gets back to his hometown,” she said of Williams’ neighborhood in Southwest Atlanta. Horne still lives near the Williams home. She bought the home 25 years ago but has lived there for nearly 50 years. “There have been so many people that haven’t given up [on him]. If he ever gets out [of jail] he will have a place to go and to stay.”

Williams family advocate Jimmy Howard organized the press conference and spoke with the media as well. He speaks often with Williams by phone and remains in contact with Williams’ new attorney Janis Mann. “We want some answers,” Howard said. “We’d like to know what is happening with the DNA, the FBI files, where are they?”