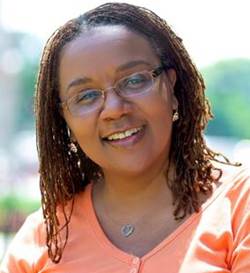 My wife is vicious with a capital V! We were married for 8 years and over that time had two sons. She did everything imaginable. She lied, stole, manipulated. Here’s a few examples. She stole money from her employer, lied to her family, said I was abusing her, had several affairs and called the police and tried to have me arrested under false pretenses. It was absolutely insane.

Finally, she walked out on us and I raised my two boys alone. Both are fine young men, now 21 and 23. I never remarried. I just worked hard and devoted my time to my boys. Luckily, my sister and my mother helped out, and the boys are very well rounded.  I can’t say that however about my ex.

She continued her shenanigans and ended up in and out of jail. She just recently resurfaced and isn’t doing well. She has AIDS and is asking my son to help her. He just finished college and is barely making it on his own. He’s determined to help his Mom and, from what his brother tells me, is giving her $200 a month. You know that means he’s short every month and I’m having to replenish that $200 for him to make ends meet. That means I’m giving the woman who took me through hell money every month.

I’m pissed. I don’t think I can take it much longer. I don’t want to alienate my son, but how do I let him know he is not in a position to help his mother and that he needs to back off and let this go?

Wow S.J., what a tough life-storm to sustain. I commend you on maneuvering through such difficulty while keeping yourself and your sons safe. I’m sure it was heartbreaking and not what you expected when you said “I do.” God bless you Big Papa for stepping up and taking care of your boys. I’m happy to hear they have grown into fine young men, no doubt, fed by your love and the example you set. Yep, you did right. And that’s why your son is stepping up to help his mother.

Don’t be mad at him. He has longed for his mother all these years. Wishing, hoping, praying she’d come back, at least trying to make up for all the strife and hurt she caused and maybe even wipe away a tear or two. But she didn’t do that. Or, at least that’s what we think. Just because he hasn’t shared any “restin’ on my heart” information with you, doesn’t mean she hasn’t expressed her sorrow and asked for forgiveness from him. And it doesn’t mean she didn’t love him or that he doesn’t – or shouldn’t – love her. You’d be surprised how illness and death shines a light on regret. Your son has had a tough time.

You’ve always been there for him. Don’t stop now. If it isn’t a financial hardship for you, keep funneling the money. God is using you to bless your son and your ex-wife. I know it’s hard, but there’s so much more in store for you on the other side – and I don’t just mean in this difficult circumstance. Your son won’t have his mother long, but he’ll always have the memory of how his father, faced with the greatest of burdens, forgave the source of his troubles – and did so out of love for his son and his family.

Let this one play out silently. Don’t think about your ex, support your son. He needed you then and he needs you now. Help him believe he’s done all he could for his mother.  “In my anguish I cried to the Lord, and he answered by setting me free.” Your son is calling, be the answer to his prayers.