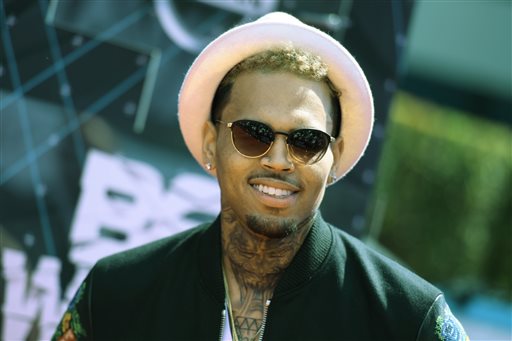 This June 28, 2015 file photo Chris Brown arrives at the BET Awards at the Microsoft Theater in Los Angeles. Three armed men in masks forced their way into a Los Angeles home owned by Brown, locked the R&B singer’s aunt in a closet and then ransacked the place for valuables. Brown was not at the home during the robbery around 2 a.m. Wednesday, July 15. (Photo by Richard Shotwell/Invision/AP, File)

LOS ANGELES (AP) — Three armed men in masks forced their way into a Los Angeles home owned by Chris Brown, locked the R&B singer’s aunt in a closet and then ransacked the place for valuables, police said.

Brown was not at the home during the robbery around 2 a.m. Wednesday, Officer Liliana Preciado said. The suspects got away with an unknown amount of cash, electronics and personal items, she said.

Brown’s aunt was not hurt. Police didn’t know how long she was in the closet.

Detectives were canvassing the neighborhood around the gated property at the end of a secluded street in the San Fernando Valley and looking for surveillance camera footage.

“We’re trying to see if there’s any video evidence that might have picked up the suspects,” Lt. Kirk Kelley told reporters at the scene.

Investigators have not released descriptions of the suspects, who were armed with handguns and wore bandanas around their faces, police said.

Brown came to the home several hours later to check on his aunt and then left, Preciado said.

A message seeking comment from Brown’s representatives were not immediately returned early Wednesday.

Earlier this year, a woman was charged with breaking in to another Los Angeles-area home owned by Brown. Amira Kodcia Ayeb, 21, pleaded not guilty to felony burglary, stalking and vandalism.

Lawyer for Singers: ‘Blurred Lines’ Copyright Fight Not Over

Coroner: No Evidence B.B. King Was Poisoned Before Death