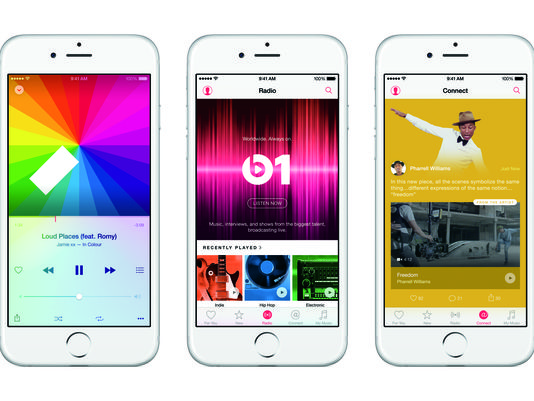 Apple Music is set to debut. (Courtesy of Apple)

NEW YORK (USA Today) — I got to test Apple Music a day early, and what I wanted to test was Taylor Swift’s 1989 album.

Funny what a little social media squabble gets you to do.

As anyone following music knows by now, the pop superstar recently took on Apple via Twitter over a royalty payments issue surrounding the company’s nascent music service, which is available to the public Tuesday. Apple swiftly surrendered.

“I’m a big part of that and Tim (Cook) is a big part of that and we did it together,” Eddy Cue, Apple’s senior vice president of Internet software and services, told me in an interview. “For us this was a really simple call. We did something we thought was compensating them, artists didn’t feel that way, and we could address it. Why wait? Luckily I work at a company where Tim and myself could make it happen very quickly.”

‘Magic Mike’ Taught Pinkett Smith to be Playful with Husband