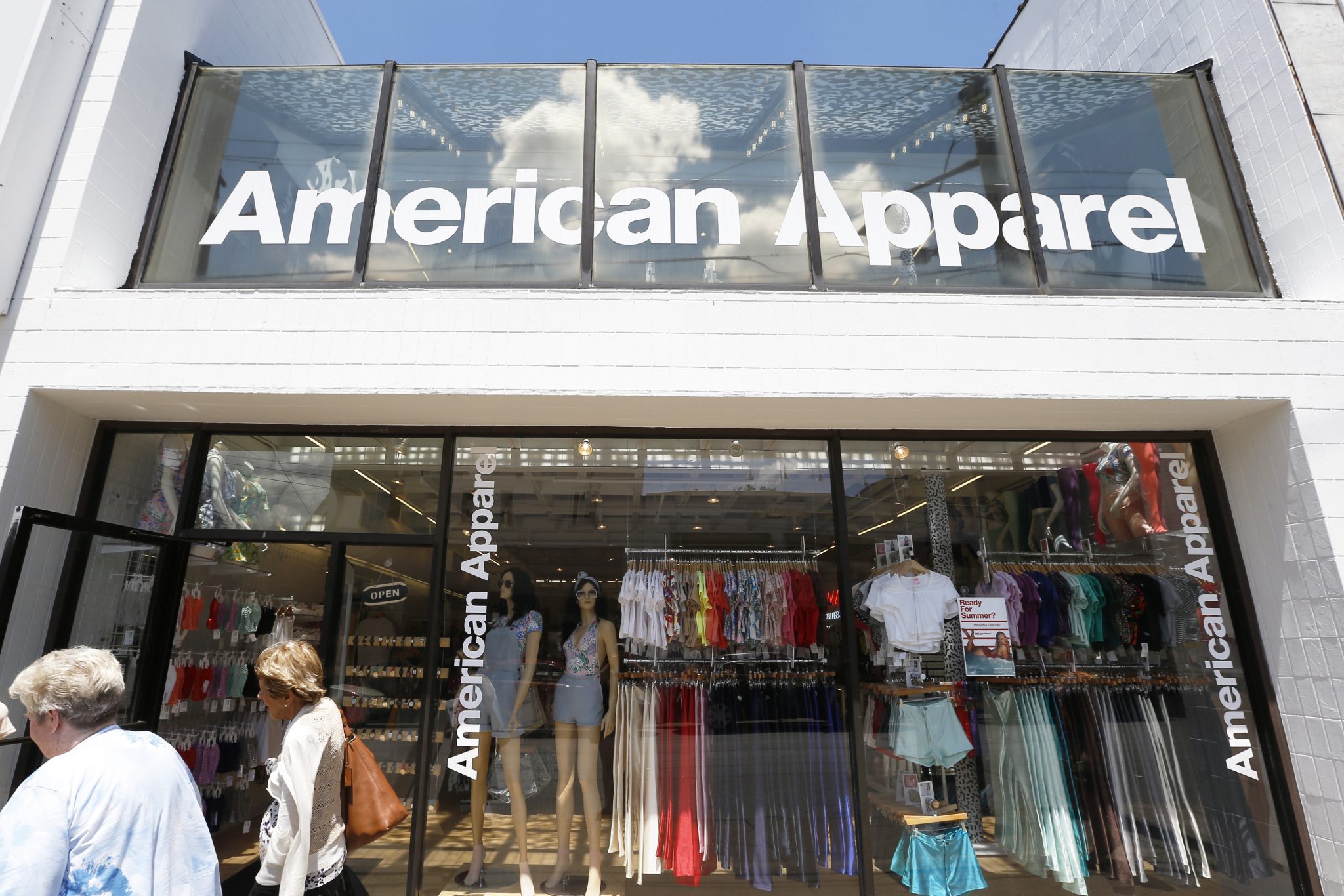 Passers-by walk down the street past the American Apparel store in the Shadyside neighborhood of Pittsburgh on Wednesday, July 9, 2014. (AP Photo/Keith Srakocic)

(CTV News) – American Apparel, the chain that boasts of “Made in the USA” fashions, said Monday it would close some stores and cut jobs as it fights slumping sales.

The Los Angeles-based company, which is embroiled in a legal battle with its former founder and chief executive Dov Charney, said it planned to slash $30 million in spending over the next 18 months.

To get there, the company said in a statement it would close “under-performing” retail locations, resulting in job losses, without providing details on numbers or locations.

The company, which makes its own clothing in downtown Los Angeles, had 239 stores in about 20 countries, including 135 in the United States, at the end of March.