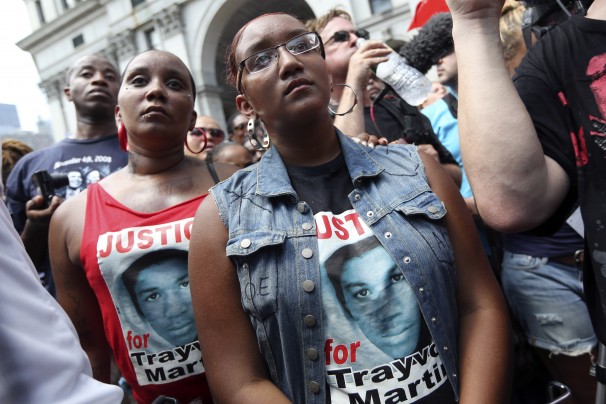 ‘Justice for Trayvon’ rallies across the U.S.: Protesters chant and march, calling for a federal investigation and changes to “stand your ground” statutes after the acquittal of George Zimmerman in the 2012 shooting death of 17-year-old Trayvon Martin in Florida.

The not-guilty verdict in the trial of George Zimmerman has produced dramatically different reactions among blacks and whites, with African Americans overwhelmingly disapproving of the jury’s decision and a bare majority of whites saying they approve of the outcome, according to a new Washington Post-ABC News poll.

The jury’s decision in the case that involved the killing of black teenager Trayvon Martin continues to roil the country, with protests, demonstrations, calls for federal intervention and a nonstop debate about the degree to which race played a role in the shooting and in the trial.

Zimmerman Juror to ABC: He ‘Got Away with Murder’

Detroit Files for Bankruptcy, All Bets Are Off