Will America Now Find the Will to Take a Stand Against Guns?
Advertisement 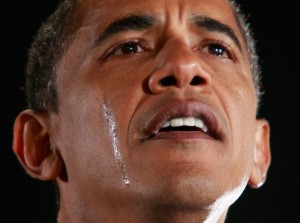 Special to the NNPA from the Atlanta Black Star

Perhaps there is something special about a presidential tear. Maybe this time, a line has been crossed, a threshold has been breached, and our commander-in-chief, our senators and representatives and lobbyists and White House officials and the executives of the National Rifle Association will wake up this morning, their hearts still weighed down by the events in Newtown, Connecticut, and they will resolve to come together to save America from itself.

Perhaps there is something actionable in a presidential tear. These horrific gun events have been coming at such a fast and furious pace, we can’t help but think that this December has been the national equivalent of a psychotic break—a snapping of the social contract, writ large and explosive.

Kansas City Chief Jovan Belcher murdered a 22-year-old woman, leaving a three-month old motherless, then he blasted himself in the head at his stadium, in front of his coach. Shocking. But in America in 2012, not that unusual.

Jacob Roberts viciously mowed down shoppers at a mall outside of Portland, killing at least two people and himself. There were 10,000 people shopping in that mall, cowering behind Christmas displays and sunglass kiosks to hide from him. Devastating. But we’ve been there before.

Yesterday felt different though. When Adam Lanza opened fire on his mother’s classroom of kindergartners, spilling what some counted as at least 100 rounds in the Sandy Hook Elementary School, killing at least 20 babies, in addition to six adults—including his mother, Nancy Lanza—before turning the gun on himself, a line had been crossed. Just like September 11, 2001, instructed the world that the U.S. was now vulnerable to attack in a way we all thought unimaginable, Lanza just told us that not even our babies are safe from the haunting destruction of firearms.

Of course in certain neighborhoods, places like the southside of Chicago and the westside of Atlanta, people have known this for a long time, that the babies aren’t safe from the guns. President Obama wisely included the “street corners of Chicago” yesterday in his litany of gun tragedies. But hell, you don’t even have to go into the hood to find babies who were killed by firearms. Seems like every other week we’re reading about some kid who got his hands on his daddy’s gun and made very bad things happen.

It is tempting to throw up our hands and conclude that with millions of guns already on the streets—let’s not forget the explosion of sales that accompanied the election of Barack Obama in 2008, as if his enemies were secretly arming a militia, and surely the same sales explosion is going on this very morning as I write this—it’s too late. The horse is out of the barn. But we have to take this on. We owe it to our kids, to our sanity, to the future viability of our social contract.

Just think about how much of a difference the mechanics of the weapon actually makes. When Charles Whitman went up on the bell tower of the University of Texas in 1966 and killed 13 people, plus an unborn child, and wounded 32 others, he was using rifles that enabled him to get off one shot at a time. That’s why he was called a sniper. We don’t even use that word anymore because the description no longer fits the act.

Imagine how differently this event in Connecticut might have gone down if Lanza had to point his rifle at each child, making eye contact with these precious little people as he took their lives. One by one. Perhaps his psychosis was so far gone, he was so far over the edge that he might have been able to do it, but I’m guessing that even inside the most monstrously disordered brain, there remains a shred of human decency that doesn’t allow you to pick up a rifle and point it 20 times at a room full of 5-year-olds and pick them off, one by one. Maybe you could do a couple, but well before you get to 20 you will be overcome by that little shred of humanity, that whispering voice speaking in your brain as your ears register the pleading cry of a baby asking you not to kill her.

That’s what this would have looked like 40 years ago. But in 2012, Lanza can walk into a classroom and remain as detached as the kid playing the video game, squeezing the trigger and spraying the room in an instant, disconnecting himself from the screams. He doesn’t have to look anyone in the eye, his humanity remains untouched. This mass killing machine, designed to produce human carnage, intended for soldiers at war, allows Adam Lanza to destroy 20 little lives in the blink of an eye.

I pray that when Lanza crossed over that line and produced a presidential tear, he created some courage and resolve in the hearts of those men and women we elect to represent us. And maybe Lanza brought some NRA executive to his knees, forcing him to talk to God, to ask himself why he continues to fight for Adam Lanza’s right to equip himself with a mass killing machine.

Something feels different this morning in America. But let all of us fall to our knees and pray that it’s not just a mirage, a tease. Let us all pray for courage and resolve, not just in our elected officials, but in ourselves. Because ultimately, it is us who they answer to. We hold the keys to our collective future. If America wanted to end the legal sale of automatic weapons, it would happen tomorrow.

Are you willing to take a stand for our babies?

Opportunity and Diversity One Industry at a Time