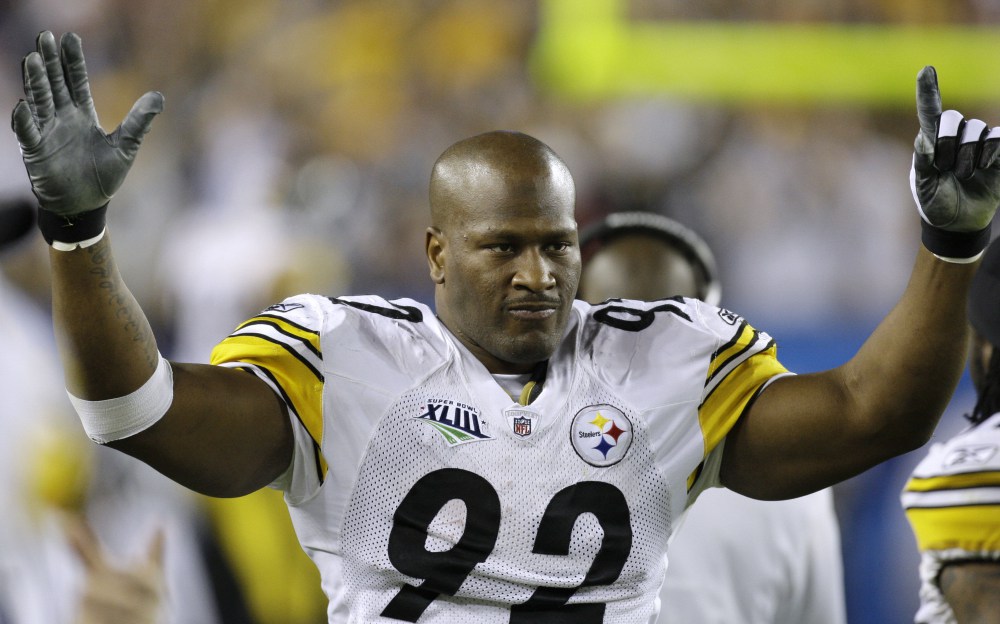 In this Feb. 1, 2009, file photo, Pittsburgh Steelers linebacker James Harrison celebrates after returning an interception 100 yards for a touchdown during the second quarter of the NFL Super Bowl XLIII football game against the Arizona Cardinals in Tampa, Fla. (AP Photo/Chris O’Meara, File)

(USA Today) – Kids always know the score, even when it’s not being kept.

Perhaps this is news to James Harrison, the Pittsburgh Steelers linebacker who wrote a recent Instagram post that said he returned his kids’ “participation” trophies because they hadn’t earned them. His sons, ages 8 and 6, would get real trophies when they won real championships. And, anyway, how was he to raise boys to be men when they were given trophies just for trying?

And then the world went nuts. Much of the sporting press nodded in solemn agreement, as if a football player with a history of cheap shots is now somehow a paragon of proper parenting. Jim Vance, the estimable anchor of Washington’s NBC affiliate, said on air that participation trophies are tantamount to child abuse because it is a parent’s responsibility to teach a child about the real world.

Others suggested millennials are singularly unable to cope these days because they grew up believing all those trophies they got for showing up warped their view of their own specialness.