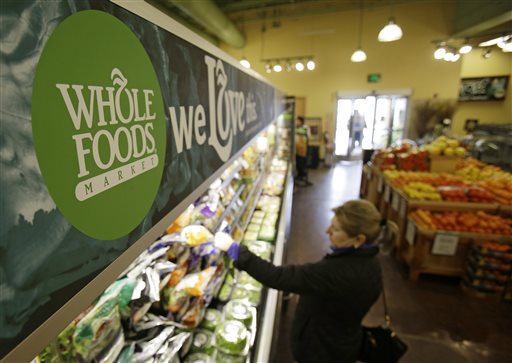 In this March 27, 2014 photo, a woman shops at the Whole Foods Market in Woodmere Village, Ohio. (AP Photo/Tony Dejak)

(Sky News) – Whole Foods has apologized to its customers for incorrect pricing a week after an investigation exposed the grocer for routinely overcharging for pre-packaged fruit, vegetables and deli meats.

In a video posted on to YouTube, chief executives Walter Robb and John Mackey insisted the pricing mistakes were unintentional.

Robb said: “Straight up, we made some mistakes. We want to own that.”

The company announced it will increase training at stores in the US and said Whole Foods will give items away for free if customers discover they have been overcharged.