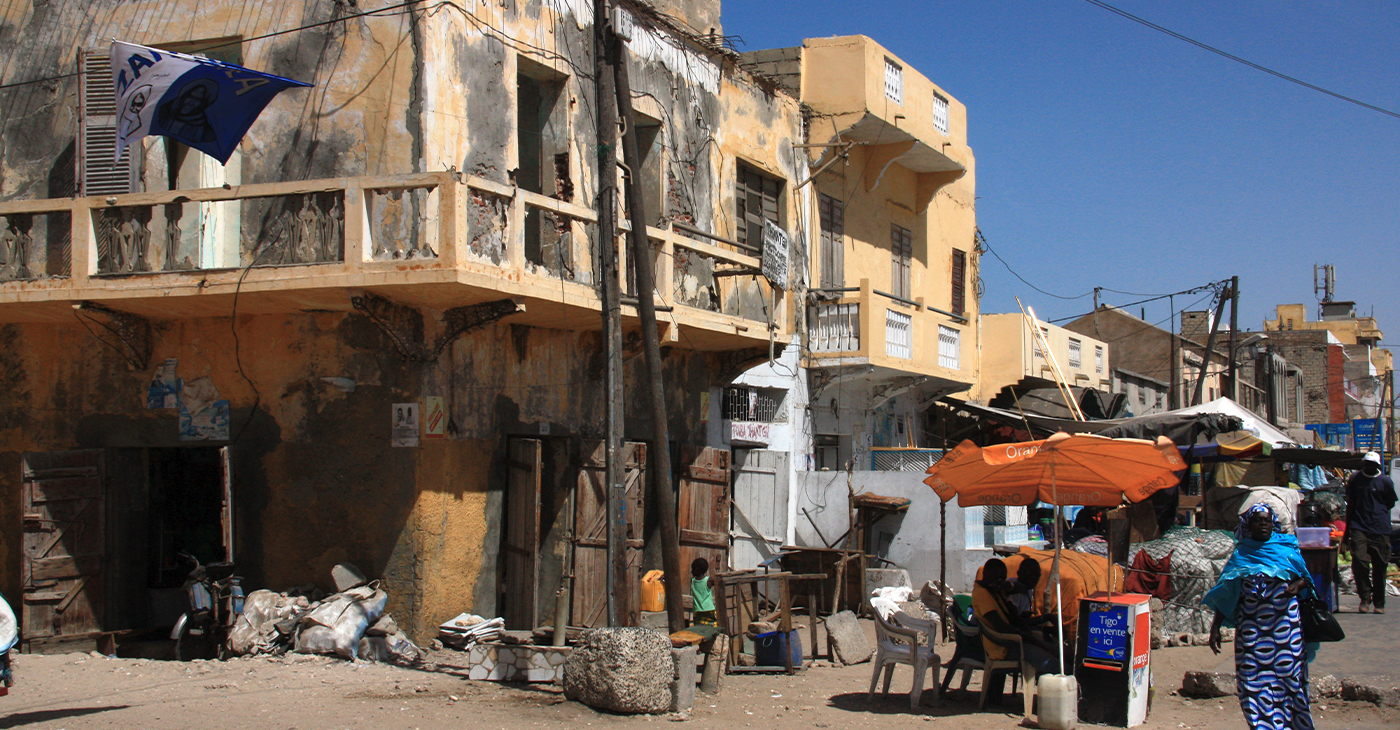 St. Louis, Senegal. The heart of this old colonial city is located on a narrow island in the Senegal River. It is listed as a UNESCO World Heritage and described as "the city most threatened by rising sea levels in the whole of Africa" by the United Nations' UN-Habitat agency. The streets of the the chaotic city center, provide a stage for all kind of vehicles, horse carts, typical Sahel short-distance buses, cars and pedestrians. The residents of Saint-Louis try to make the best out of it, but poverty can be seen on every corner of the city. (Photo: iStockphoto / NNPA)

The White House has released broad new policy goals for sub-Saharan Africa, with the Biden-Harris administration seeking to tie democratic, economic, and security progress to that region and U.S. national security.

“Sub-Saharan Africa plays a critical role in advancing global priorities to the benefit of Africans and Americans,” a senior White House official stated.

“The region will factor prominently in efforts to end the COVID-19 pandemic; tackle the climate crisis; reverse the global tide of democratic backsliding; address global food insecurity; promote gender equity and equality; strengthen an open and stable international system; shape the rules of the world on vital issues like trade, cyber, and emerging technologies; and confront the threat of terrorism, conflict, and transnational crime.”

In outlining the new strategy, administration officials contended that greater openness and democracy would help counter harmful activities by China, Russia, and other opposition governments.

The administration believes that Beijing views Sub-Saharan Africa as an “arena to challenge the rules-based international order, advance its own narrow commercial and geopolitical interests, and weaken U.S. relations with African peoples and governments.”

The policy outlines how the administration believes Russia “views the region as a permissive environment for parastatals and private military companies, often fomenting instability for strategic and financial benefit.”

“We’re incredibly concerned about the role of Russian mercenaries,” one administration official stated.

According to the White House, nearly 70 percent of Africans strongly support democracy.

Officials said the U.S. strategy intends to increase efforts at fighting terrorism through non-military approaches, but they wouldn’t rule out military intervention.

The administration’s policy pledges assistance for Africa in dealing with the climate crisis, and among the overall goals is regaining Africa’s trust in U.S. global leadership.

“The strategy is very serious about how do we integrate Africa into other global forums because of the importance of their voice,” an administration official stated.

“And it’s about thinking more holistically about our military engagement, how it’s paired with economic inclusion, political development and democracy, and open societies, as well as trade and investment.”

“And then, again, I think one of the things this strategy realizes is the continent is increasingly urban, increasingly young, and increasingly connected. And so, a number of the policies that we’ve already started to implement or intend to implement really do reflect that changing landscape.”