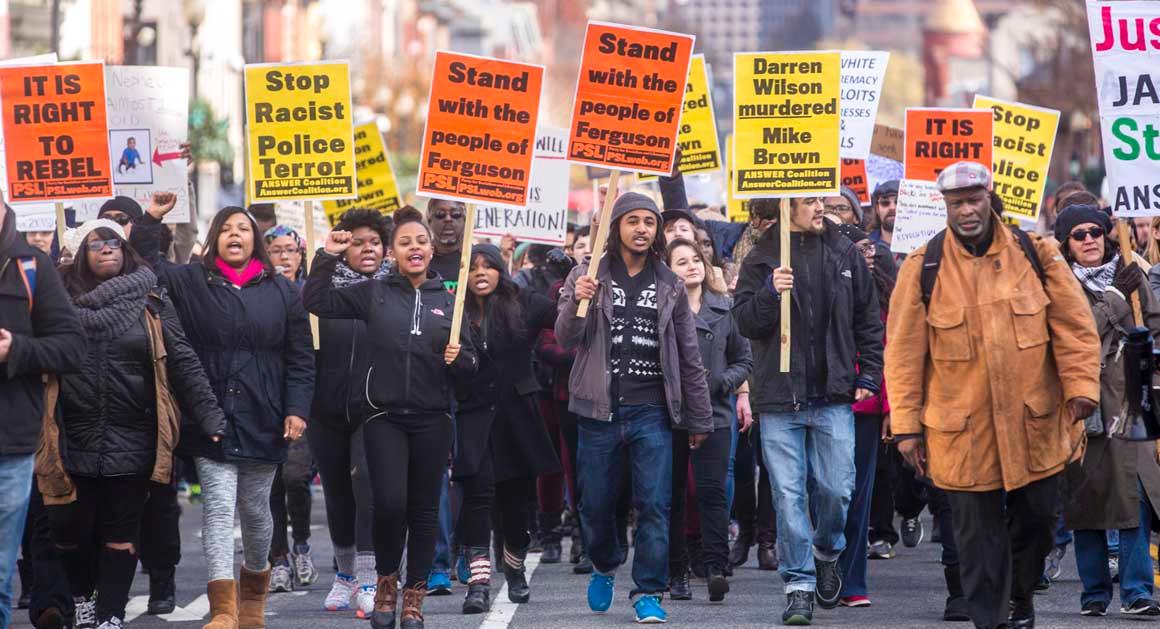 Some of the several hundred demonstrators marching down M Street in Georgetown Saturday afternoon towards the key bridge. The protest focused on Michael Brown’s death and the recent grand jury decision in Ferguson. during a Ferguson Protest in Georgetown, DC, Saturday, Nov. 29, 2014. (AP Photo/Erin Schaff)

(Politico) – The White House debated sending President Barack Obama directly into riot-torn Ferguson, Missouri, to address the racially charged aftermath of the decision not to prosecute a police officer who killed an unarmed black man.

But, according to three White House officials, the idea was dropped for now after a series of meetings, including one in the Oval Office last Tuesday with Obama, Attorney General Eric Holder and senior adviser Valerie Jarrett. A visit to Ferguson would be too messy at the moment, the officials said, with concerns about everything from choosing who would stand with the president and the neighborhood where he would speak to the police resources that would be diverted.

The feeling within the West Wing was that — no matter what it did — a trip was too difficult to get right, at least at this point. “It’s complicated, a high wire,” a White House official said. “We have done complicated trips before. But for us, it is more of a substantive way to take the challenges head-on.”

So instead of sweeping into Ferguson for a few hours to give what would inevitably become a much-hyped speech, the nation’s first black president is staying in Washington for what the White House is promoting as a concerted effort to effect real change around community policing and to address the underlying issues that contributed to the unrest spurred by the August killing of unarmed 18-year-old Michael Brown by police officer Darren Wilson and a grand jury’s decision last week not to file charges.