What the Bible Says About Money (Shocking)
Advertisement 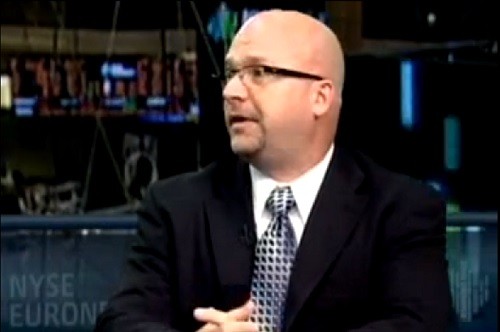 Sean Hyman, the author of the Biblical Money Code

Most people know Sean Hyman from his regular appearances on Fox Business, CNBC, and Bloomberg Television, but what they don’t know is that Sean is a former pastor, and that his secret to investing is woven within the Bible.

Perhaps that can explain why, despite his uncanny ability to predict precise moves in the stock market, Sean is often laughed at for his unique stance on investing.

For example . . . a few months ago Sean appeared on Bloomberg Television. At that time, Best Buy (BBY) was dropping to all-time lows of $16 a share. Sean predicted the stock could go down to $11 a share, and would then quickly rebound to $25 per share, and after that would rally to $40 per share over the next year.

Another commentator on the show actually mocked Sean for his stance, saying “$40 on Best Buy? If that’s the case Apple (AAPL) is going to $1,500. That’s the most ridiculous thing I have ever heard!” (Editor’s Note: At the time, Apple was trading at $650 per share).