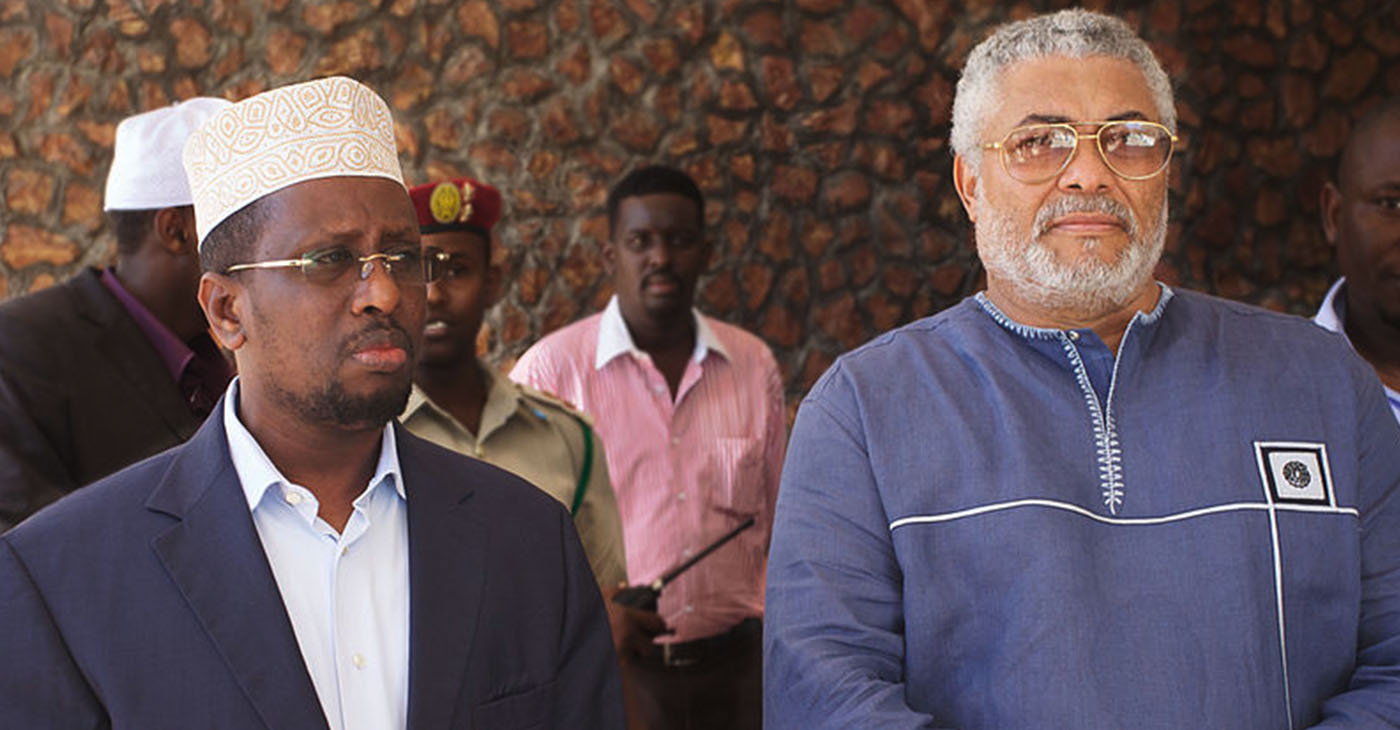 President Jerry Rawlings played a critical role in the history of Ghana, leading the country for twenty years and overseeing its transition to a stable, multiparty democracy. (Photo: His Excellency Former President Jerry Rawlings (pictured at right) made a visit to Somalia. He was greeted by the Force Commander and Deputy UN Mission and he given a Guard of Honour at the Force HQ. He visited the Military Hospital, the new Movements Control Centre, the main military stores depot before going on to a call with the President of Somalia. / AMISOM Public Information / Wikimedia Commons)

As citizens in Ghana are poised to pick the country’s next president, Congresswoman Maxine Waters (D-Calif.), Chair of the House Financial Services Committee, recalled the impact of former President Jerry Rawlings, who died on November 12, at the age of 73.

“President Jerry Rawlings played a critical role in the history of Ghana, leading the country for twenty years and overseeing its transition to a stable, multiparty democracy,” Waters noted.

“President Rawlings was democratically elected in 1992 and again in 1996 and presided over numerous economic and political reforms. When his term in office ended in 2001 under the Ghanaian constitution, he retired and transferred power to his elected successor, a former political rival, thus reinforcing democratic traditions in Ghana.”

Waters said Rawlings counted as an outspoken advocate of African unity who served numerous roles as an African statesman and diplomat.

He was appointed to serve as the first International Year of Volunteers 2001 Eminent Person by UN Secretary-General Kofi Annan, attending international conferences and events to promote volunteerism and to help raise the profile of volunteers working for peace and development around the world. In October 2010, the African Union appointed him to serve as envoy to Somalia.

“As a leading congressional advocate of debt relief for heavily indebted poor countries and a supporter of the Jubilee movement, I am especially proud of President Rawlings’ advocacy for African nations to have their international debts cancelled. Debt relief was critical to free more than thirty-five of the world’s poorest countries – including Ghana – from the burdens of international debts and enable them to invest their resources in health, education, poverty reduction, and infrastructure,” Waters said.

“President Jerry Rawlings will always be remembered as a passionate advocate for the people of Ghana and their sisters and brothers throughout the African continent. It is my sincere hope that his family, including his wife Nana Konadu Agyeman-Rawlings, friends and fellow Africans will be comforted by the memory of his love for them and for the African people.”

Tina Turner Reflects on her Life in New Picture Book

OP-ED: Stopping the Exploitation of Prisoners and Their Families Requires More Comprehensive Solutions