Venus Williams is a Gift that Keeps on Giving
Advertisement 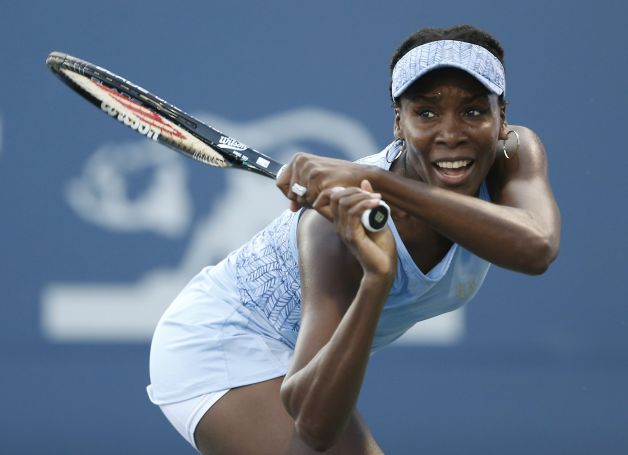 Venus Williams has a disease that causes fatigue and joint pain, but she’s still having fun. (Beck Diefenbach/AP)

(SFGate.com) – Twenty years can be an eternity in tennis. It’s one of those “play for life” sports among the recreational set, but the pro tours are a merciless grind, dispatching once-promising players as if they never existed.

Venus Williams‘ professional career wasn’t supposed to last a decade, let alone the 20-year mark she celebrates this year. That’s what her father told us on Halloween night at the Oakland Coliseum Arena in 1994, when 14-year-old Venus made her professional debut at the Bank of the West Classic. How remarkable that she’s still around, about to play a big match at Stanford in the tournament still bearing that name.

It’s worth noting, as well, that better times have returned for the family. Concern and speculation surrounded Serena Williams after she fell strangely ill at Wimbledon, but she celebrated her return to good health Wednesday night with a 7-5, 6-2 victory over Karolina Pliskova.

Riley Speaks Out, Insists Heat Will be Competitive