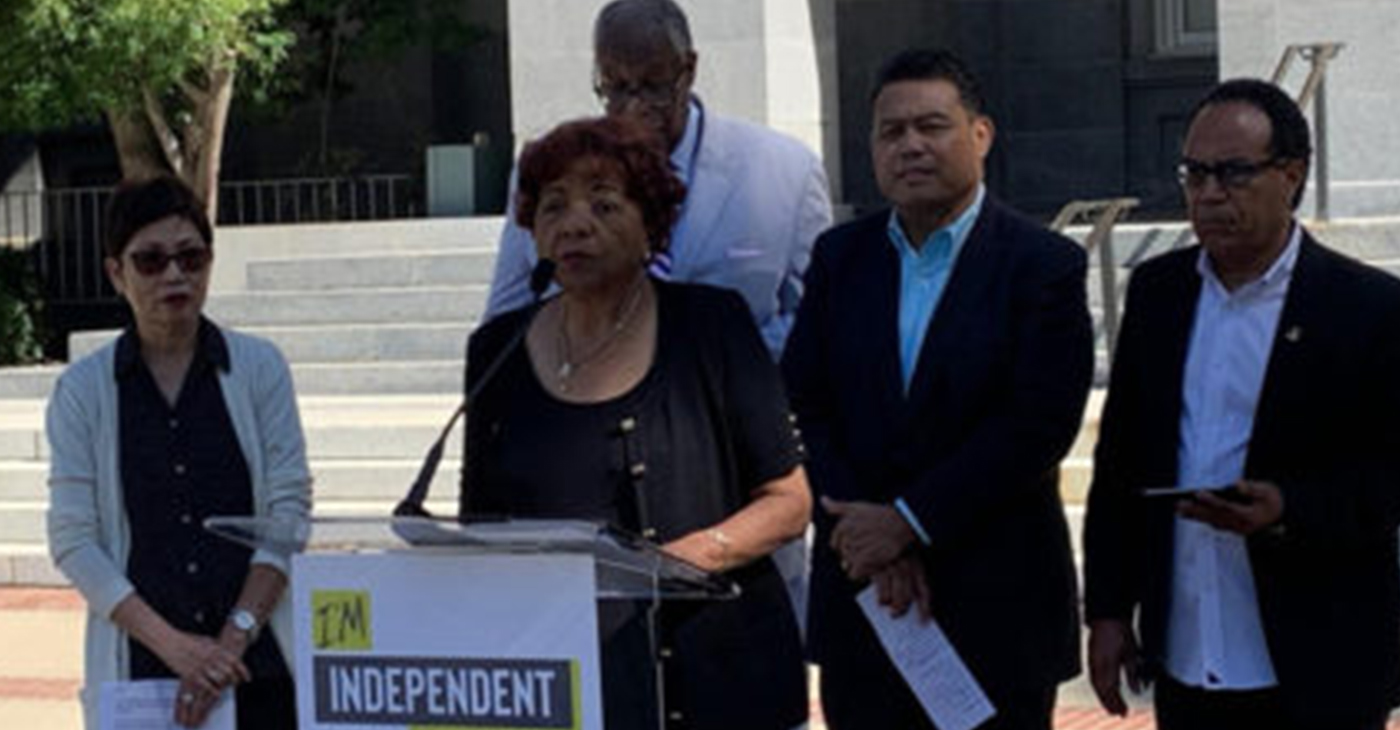 NAACP State President Alice Huffman and other statewide and local community based leaders. (Photo by: sacobserver.com)

(CBM) – On Labor Day, Gov. Newsom voiced his support for Assembly Bill 5, a sign that the much fought-over legislation will be signed into law if the Senate votes pass it, which could be as early  as the end of this week.

In a last ditch effort to remain their “own bosses,” some Uber and Lyft drivers across the state, who are represented by an advocacy group called the “I’m Independent” coalition, are appealing to legislators to make an exemption for them.

If the law passes, more than 300,000 app-enabled ride-share drivers in California, currently classified as contractors, would be forced to become W-2 employees.

“I am here to urge the legislature to fix the serious flaws in AB 5 that would harm communities of color. Latinos are 33 percent of the driving force. Blacks are 15 percent. We want to make sure these people are protected. That they are not put out of jobs because of inflexibility,” said Alice Huffman, President of the California Hawaii NAACP. “Ride-sharing has provided an immediate supplement to their income.”

In May, the Assembly voted 59-15 in favor of the bill with 6 votes not recorded. Then, on August 30, the Senate Appropriations committee voted to pass it. It is now awaiting a vote on the Senate floor.

Assemblymember Lorena Gonzalez (D-San Diego) authored AB 5, also known as the  “Employee Misclassification bill.” It would lay down clear rules for how companies in California can hire contractors.

“Workers lose basic protections like the minimum wage, paid sick days and health insurance benefits. Employers shirk responsibility to safety net programs like workers’ compensation and unemployment insurance. Taxpayers are left to foot the bill,” the governor wrote in an editorial published in the Sacramento Bee.

If it passes, AB5 will impact more than 2 million contract workers in California.

Last year, the California Supreme Court handed down a decision with guidelines for employers to determine whether a worker is properly classified as an independent contractor. The ruling, commonly called “Dynamex,” was a significant change to the state’s existing labor laws and established the “ABC” test to be used as the rule of thumb.

Under the “ABC” test, for a worker to be classified as a freelancer or contractor, employers would have to prove that the person is (A) not working under the contracting company’s control, (B) is doing work that is not central to the company’s business, and (C) has an independent business providing a service. If workers don’t meet those requirements, companies would have to provide all employee pay and benefits required under California law.

Gonzalez says AB 5 would not only protect workers but taxpayers, too, who end up shouldering the costs for worker benefits like health insurance and retirement payments when companies neglect those responsibilities.

But the “I’m Independent” coalition sees it differently.

Advocates for the drivers who do not want to be reclassified under AB 5 say there are tens of thousands of Californians who drive Lyft and Uber even though they have other responsibilities like school, child care or other work. Those contractors depend on a flexible schedule, their supporters say, that allows them to earn money when they are available.

Only 7 percent of all drivers in the state prefer to become employees, according to “I’m Independent.”

The “I’m Independent” coalition also warns that reclassifying the drivers could force ride-share fares to go up and cause a shortage of transportation options in minority neighborhoods.

“African Americans across the state rely on ride-sharing services to get to work, to make it to school on time, to be present in their kids’ lives,” said Sweeney. “This is a big deal because for decades these same communities have been neglected by public transportation and taxi service.”

Lyft and Uber are proposing a fix to AB 5 through negotiation with lawmakers before the bill passes – or through an ammendment to the bill or a ballot initiative after it does. The plan the companies are circulating offers some protections for workers while classifying them as contractors.

“We are working on a solution that provides drivers with strong protections that include an earnings guarantee, a system of worker-directed portable benefits, and first-of-its kind industry-wide sectoral bargaining, without jeopardizing the flexibility drivers tell us they value so much,” a Lyft spokesperson told TechCrunch. “We remain focused on reaching a deal, and are confident about bringing this issue to the voters if necessary.”

Several lawmakers have made strong statements in support of AB 5, adding their support to Gonzalez who first introduced the bill in December last year.

“A lot of people are getting rich and it’s not the workers,” Gonzalez said at a recent Senate  committee hearing for AB 5.