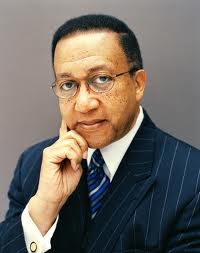 Almost daily there is another fatal case of racially-motivated police brutality that occurs against a Black American woman, man or child. What is happening to Black people in America? What is causing this resurgence of bigotry, violence and brutality?

Human rights may defined as those universal rights that are inherent to all human beings. In 1948, the United Nations adopted the Universal Declaration of Human Rights. The preamble states,” Whereas recognition of the inherent dignity and of the equal and inalienable rights of all members of the human family is the foundation of freedom, justice and peace in the world.”

Thus, our chant today “No Justice, No Peace!” is rooted in international law.

There are some who will question the effectiveness of calling upon the United Nations to introduce and pass a resolution to stop the human rights violations of Black people and others in the U.S. We live in a global economy and a geopolitical world. I believe, therefore, if international sanctions were to be imposed by the U.N. on the U.S. because of systematic and racially-motivated human rights violations, it would serve as an effective deterrent.

We should recall that back in 1947, W.E.B. DuBois led the NAACP to petition the United Nations to protest the deadly and discriminatory treatment of Black Americans. The document that Dubois and the NAACP presented to the U.N. was titled, “An Appeal to the World.” They cited in their U.N. petition a litany of facts detailing widespread lynching, racial discrimination, as well as documenting the inequalities in housing, employment, education, voting rights and health care.

The new form of lynching today is the use of deadly police force and actions that lead to the unjustifiable deaths of Black Americans, most of them unarmed. Not only are our civil rights being denied, but also our human rights are being systematically violated.

It is relevant to today’s state of affairs in Black America to read the following quote from the NAACP U.N. petition 68 years ago: “At first [the American Negro] was driven from the polls in the South by mobs and violence; and then he was openly cheated; finally by a ‘Gentlemen’s agreement’ with the North, that Negro was disfranchised in the South by a series of laws, methods of administration, court decisions, and general public policy, so that today, three-fourths of the Negro population of the nation is deprived of the right to vote by open and declared policy.”

Twenty-one states have implemented some type of voter suppression law or policy that is directly targeted at Black Americans and others who have been historically denied equal justice. There are 113 voter suppression proposals pending in 33 states. This action comes on the heels of the U.S. Supreme Court gutting a key section of the1965 Voting Rights Act that requires jurisdictions with a documented history of racial discrimination to pre-clear and voting laws with the Justice Department or a federal judge in Washington, D.C.

The audacity of W.E.B. Dubois, the NAACP, and in particular Black newspaper publishers who were members of the National Newspaper Publishers Association (NNPA) in the 1940s helped to lay the groundwork for the building of the modern Civil Rights Movement. We are challenged yet again to speak out, organize, mobilize, and to protest. But we must also build stronger institutions and businesses that we own. Going back to the U.N is a tactical move to reassert our human rights.

Yes, we affirm that “Black Lives Matter!” We have an obligation to generations past and future to demand that federal and state governments take more action to stop the injustices that we face. We all should now be preparing for the massive “Justice Or Else” mobilization in Washington, D.C. on October 10 that will be webcast and video streamed to millions of people throughout the world in different languages. It’s time to stop our human rights from being so carelessly violated.

Benjamin F. Chavis, Jr. is the President and CEO of the National Newspaper Publishers Association (NNPA) and can be reached for national advertisement sales and partnership proposals at: dr.bchavis@nnpa.org; and for lectures and other professional consultations at: http://drbenjaminfchavisjr.wix.com/drbfc.