Two Deals for Alex Rodriguez: One for Ball, One for Bonus
Advertisement 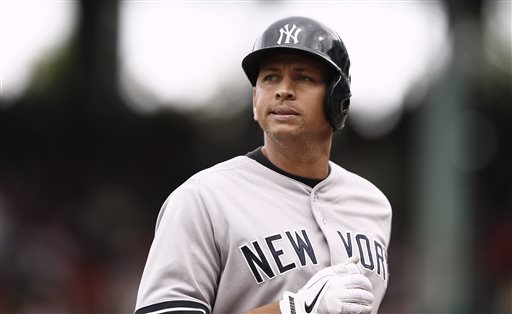 NEW YORK (The New York Times) — Alex Rodriguez had his own personal doubleheader Friday, first with an agreement that gave him possession of the baseball he smacked for his 3,000th hit and then with a deal that resolved his longstanding dispute with the Yankees over a $6 million home run bonus. In both cases, the biggest beneficiaries will be designated charities.

First, the baseball. About 90 minutes before Friday night’s game in the Bronx against the Tampa Bay Rays, Zack Hample, the fan who grabbed the ball from Rodriguez’s 3,000th hit after it soared into the right-field stands for a home run at Yankee Stadium on June 19, pulled the ball, secured in a Ziploc bag, from a black backpack and handed it to Rodriguez, who said he would give it to his daughters.

In exchange, the Yankees assured Hample, who has achieved some fame for snaring baseballs hit into the stands, that they would donate $150,000 to a charity, Pitch In for Baseball, that aims to distribute baseball equipment to deprived areas in the United States and abroad. The Yankees said Hample had supported the charity for years.

Jason Whitlock and the Messy Saga of ESPN’s ‘Black Grantland’

Just Like Old Times, it’s Williams vs. Williams at Wimbledon