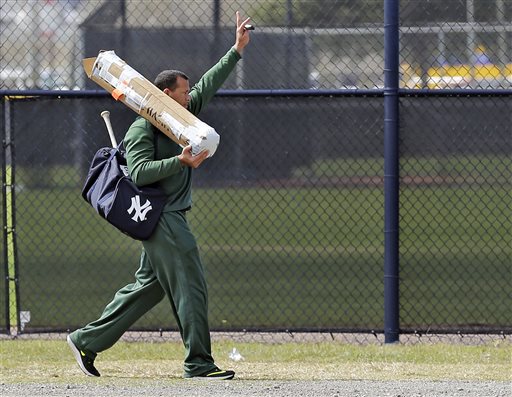 Suspended for violations of baseball’s drug agreement and labor contract, Rodriguez apologized to team officials during a meeting on Feb. 10 and to fans in a statement last week. The three-time AL MVP has not spoken publicly about his actions that led to the suspension.

Rodriguez, who turns 40 in July, has not played a full season since 2007 because the suspension, operations on both hips and other injuries. He admitted in 2009 that he used performance-enhancing drugs from 2001-03 while with Texas.

Baseball Commissioner Bud Selig suspended Rodriguez for 211 games in August 2013, citing conduct from 2010-12 uncovered during MLB’s investigation of the Biogenesis of America clinic, which was based in Coral Gables, Florida, not far from Rodriguez’s home.

He is owed $61 million in the final three seasons of his $275 million, 10-year contract. A marketing agreement signed at the time of his contract provides for five $6 million bonuses he could earn for historic achievements; the Yankees told him they don’t plan to pay those.