Tracy Morgan Improving, Had A ‘Better Day’ In The Hospital
Advertisement 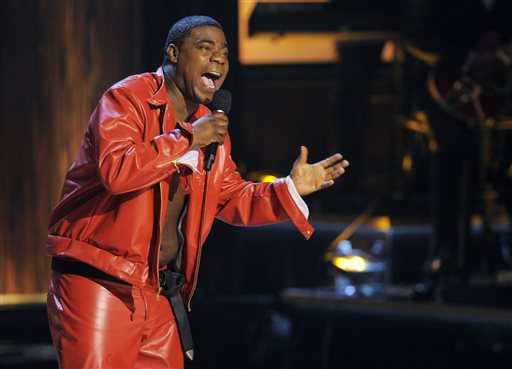 In this Nov. 3, 2012 file photo, comedian Tracy Morgan performs at “Eddie Murphy: One Night Only,” a celebration of Murphy’s career at the Saban Theater in Beverly Hills, Calif. Morgan is recovering but is expected to remain hospitalized for several weeks after having surgery on a broken leg suffered in a chain-reaction crash on the New Jersey Turnpike early Saturday, June 7, 2014, that left two others critically injured and one dead. (Photo by Chris Pizzello/Invision, File)

(MTV) – It’s going to be a long road, but Tracy Morgan appears to be making steady progress as he begins his recovery from last weekend’s deadly car accident. A spokesperson for the 45-year-old former “30 Rock” star told People magazine that Morgan had a “better day” in the hospital Thursday, just days after he had an operation on his broken leg.

“While Tracy remains in critical, but stable, condition, he continues to show signs of improvement,” said the statement from the spokesperson. “His medical team remains optimistic that his recovery is progressing.” Morgan remains in the intensive care unit at the Robert Wood Johnson University Hospital in New Brunswick, New Jersey, after the six-car accident on the New Jersey Turnpike, which took the life of fellow comedian James “Jimmy Mack” McNair. Two others were also seriously injured in the incident, including Morgan’s assistant, Jeffrey Millea, and comedian Artie Fuqua.

On Thursday, Louis C.K. and Judd Apatow joined Fuqua’s daughter in requesting that TMZ take down footage of the crash’s aftermath that shows her father’s limp body being removed from the wreckage.

Kanye West Returns to Bonnaroo, with Kim in Tow