Kanye West Returns to Bonnaroo, with Kim in Tow
Advertisement 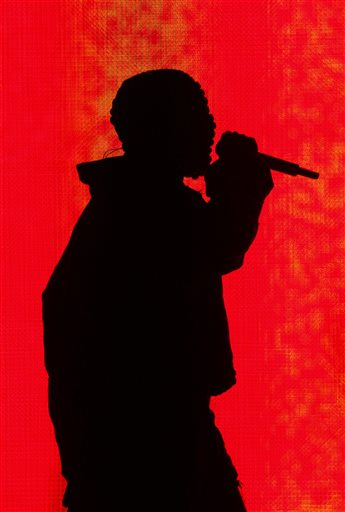 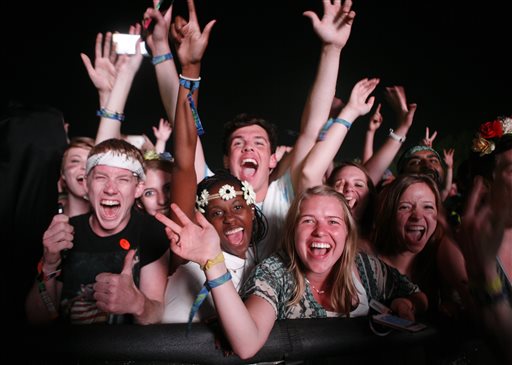 Fans scream as Kanye West performs at the Bonnaroo Music and Arts Festival on Friday, June 13, 2014, in Manchester, Tenn. (Photo by Wade Payne/Invision/AP)

MANCHESTER, Tenn. (AP) — With new wife Kim Kardashian looking on along with 80,000 fans, Kanye West showed up pretty much on time at the Bonnaroo Music & Arts Festival.

West seemed to be in a good mood Friday night at the annual festival just three weeks after his marriage to Kardashian in Florence, Italy. The 37-year-old rapper made no mention of his new wife, but Kardashian was on hand for the show. She watched from the soundboard, about 50 yards from her husband on the main stage, in stylish — but muddy Bonnaroo-unfriendly — high heels and white pants. She sang along and occasionally waved her hands in the air with the crowd.

The show comes six years after West famously began his first Bonnaroo appearance at 4:30 a.m. following technical delays with his set. West mentioned that appearance, again skewering Pearl Jam for delaying his start and the media he says inaccurately portrayed the reasons for his late start.

There were many reporters on hand to catch the performance, marking what time he’d show up. West appeared 10 minutes after his listed start time and played a mix of hits and cuts from his 2013 album “Yeezus,” which offered the most visually arresting moments of the night. He wrapped his set with the powerful “Blood on the Leaves” after about 90 minutes, 20 minutes before his scheduled finish.

The show, played under a full moon, included elements from West’s recent arena tour, including one of the masks he wore. But he ditched the snow-capped mountain and white Jesus in favor of a 30-foot-tall LED screen. West performed mostly in silhouette, relying on the big screen to relay his distorted image to much of the crowd. Though most sang along with West, many fans could not see the artist perform.

Many of the elements in the show will be familiar to fans who’ve seen him recently. He gave a pep talk at one point, encouraging creative people to pursue their dreams. And he compared himself to John Lennon, Jimi Hendrix and Jim Morrison, calling himself the biggest rock star in the world.

And he returned to a favorite speech about how he no longer needs hit songs or radio airplay because he’s not competing with other living artists. He’s looking to install himself as a timeless cultural icon.

Tracy Morgan Improving, Had A ‘Better Day’ In The Hospital