To Be Equal: Lessons of ‘The Butler’ Still Relevant Today
Advertisement 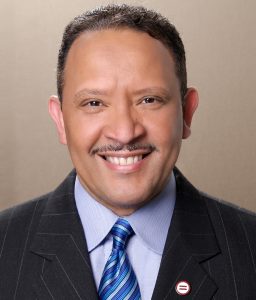 “Everything you are and everything you have is because of that butler.” Gloria Gaines, wife of Cecil Gaines as played by Oprah Winfrey in “The Butler.”

We tend to think of politicians, pundits and school books as the great troubadours of history and shapers of public opinion. But when a movie such as Lee Daniels’ “The Butler” comes along, we are reminded that nothing moves the spirit or traces time like simple storytelling. The film not only offers a rare glimpse inside the everyday world of the dignified men in tuxedos who silently serve American presidents and their guests, in two hours it covers four decades of civil rights history as seen through the eyes of a Black White House butler who worked through eight administrations.

Hollywood has historically shied away from more serious Black, historical themed movies, believing they have limited box-office appeal. In fact, the film’s African American director, Lee Daniels, had a hard time corralling 41 producers to finance “The Butler.” Some critics have also claimed weariness at the retelling of the African American freedom story. But, recent events tell us that this story isn’t simply being retold; it is being relived – and there are still lessons to be learned.

After seeing the film, three observations stood out for me. First, the 2012 killing of Trayvon Martin reminds us of the 1955 murder of Emmitt Till as described in the movie. Second, the recent extremist and Supreme Court attacks on voting rights are wake up calls as chilling as the 1960s Freedom Ride bus bombings depicted in the film. Lastly, growing income inequality and the less-than–living-wages paid to millions of African American and working class citizens today recall the decades-long fight for equal pay that was waged by Black White House butlers in the movie.

“The Butler” also has some interesting insights into the ideological and generational divide within African American families that has sometimes caused rifts between fathers and sons, as well as mothers and daughters, who have different perspectives on the pace and methods of civil rights activism. The movie also explodes the myth of mindless subservience often associated with Black maids and butlers by highlighting their dignity, intelligence, and sometimes subversive contributions to African American progress. Young people today must not forget that “everything they are and everything they have” was made possible by the grandmothers and grandfathers who came before them, many of whom struggled to make a better life for the next generation.

Finally, the admonition to “The Butler,” Cecil Gaines, that “the room should feel empty when you are in it,” reminds us of the phenomenon of “double consciousness” – the need to assume a dual identity – first described by W.E.B. Du Bois that many African Americans from all walks of life still experience today.

“The Butler” delivers these and many other important messages with an all-star cast of African American actors, including Forest Whitaker, Oprah Winfrey, Cuba Gooding Jr., Lenny Kravitz, David Oyelowo, and Terrence Howard. The movie was inspired by the real life story of Eugene Allen who retired as head butler in 1986 and died in 2010 after serving 34 years in the White House. Allen’s story was first told in a 2008 Washington Post article by Haygood Will in which Allen and his wife, Helene, shared their excitement over the chance to vote for America’s first Black president. Helene died before the election. Allen lived to cast his vote and attend the inauguration of President Barack Obama.

Perhaps one of the most important lessons for Hollywood, as the film’s North American total hit $100 million this weekend with support from a multicultural audience base, is that the African American story is the American story – and that never gets old.

The Heart of the Black Conservative (Yes, we have one)