The ‘Tampon’ That Could Prevent HIV
Advertisement 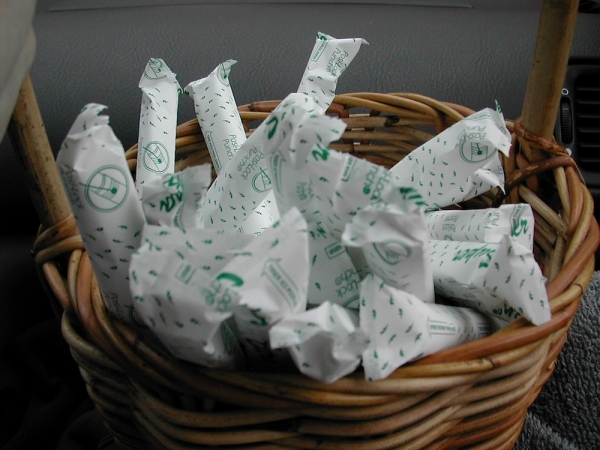 Researchers have developed a new tech tampon that would prevent HIV and other sexually transmitted disease among women. The new tech contains fibers that allow drugs to be absorbed quickly, thanks to nanotechnology. (Eric E. Foster/Flickr)

(The Washington Post) – More than 80 percent of women diagnosed with HIV contract the virus through heterosexual sex. A condom provides the best protection against HIV — but men aren’t always willing to wear them.

The female condom has been on the market since 1993. Unfortunately, it’s less familiar and more expensive than the male condom — and can make a rustling noise, prompting unfortunate comparisons to a wastepaper basket.

But researchers at the University of Washington in Seattle have come up with a new way for women to protect themselves against HIV and other sexually transmitted diseases. The method is not unlike a technology familiar to many women: the tampon.

Here’s how it works: An anti-HIV microbicide — a substance that can kill microbes as well as prevent HIV and other sexually-transmitted infections — is woven into fabric that can be inserted like a tampon before intercourse. Once inserted, the material dissolves, and the microbicide is absorbed into the vagina within six minutes.