Teen Use of HGH on the Rise
Advertisement 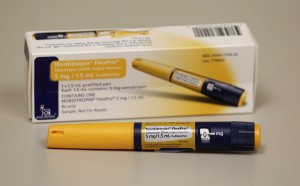 An injector pen that contains approximately a weeks worth of HGH. (AP Photo/M. Spencer Green)

(The Washington Post) – Teen usage of synthetic human growth hormone increased by 120 percent from 2012 to 2013, according to results from the latest Partnership Attitude Tracking Study (PATS).

The study sampled 3,705 teens from grade nine to grade 12 and 750 parents. Eleven percent of teens reported using synthetic human growth hormone at least once without a prescription — up from 5 percent in 2012.

Synthetic HGH has medical applications, as it stimulates growth and cell production and is used to combat muscle deterioration resulting from HIV and pituitary gland tumors. However, taken illicitly, HGH can be used to improve athletic performance and appearance, similar in this respect to anabolic steroids.