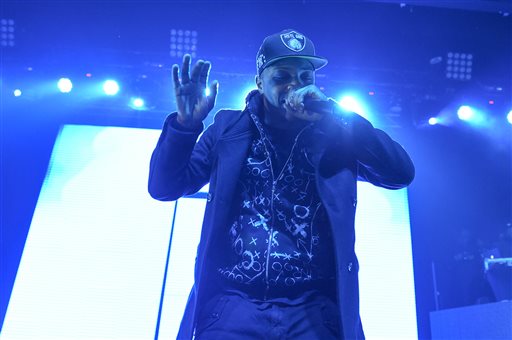 Iggy Azalea performs at the Vevo Certified SuperFanFest Live Concert at the Barker Hangar on Wednesday, Oct. 8, 2014, in Santa Monica, Calif. (Photo by Paul A. Hebert/Invision/AP)

NEW YORK (Complex) – Original Story: It’s been a weird year for Iggy Azalea. Ever since Q-Tip delivered a much-needed hip-hop history lesson to the Australian rapper on Twitter in December, Azalea has been flitting back and forth between absenteeism and cringey single releases. Back in December though, Azalea still had T.I. on her side, and it seems like her most stalwart advocate is no longer propping her up.

Earlier today T.I. stopped by the “Ebro in the Morning” show and explained when and why he parted ways with his former mentee. “In her defense, she had a lot thrown at her at one time,” Tip said. “Any human being anywhere gon’ have a hard time adjusting…Some stuff they brought upon themselves. In some cases it kind of was just the easiest place to put some pent-up aggression.”