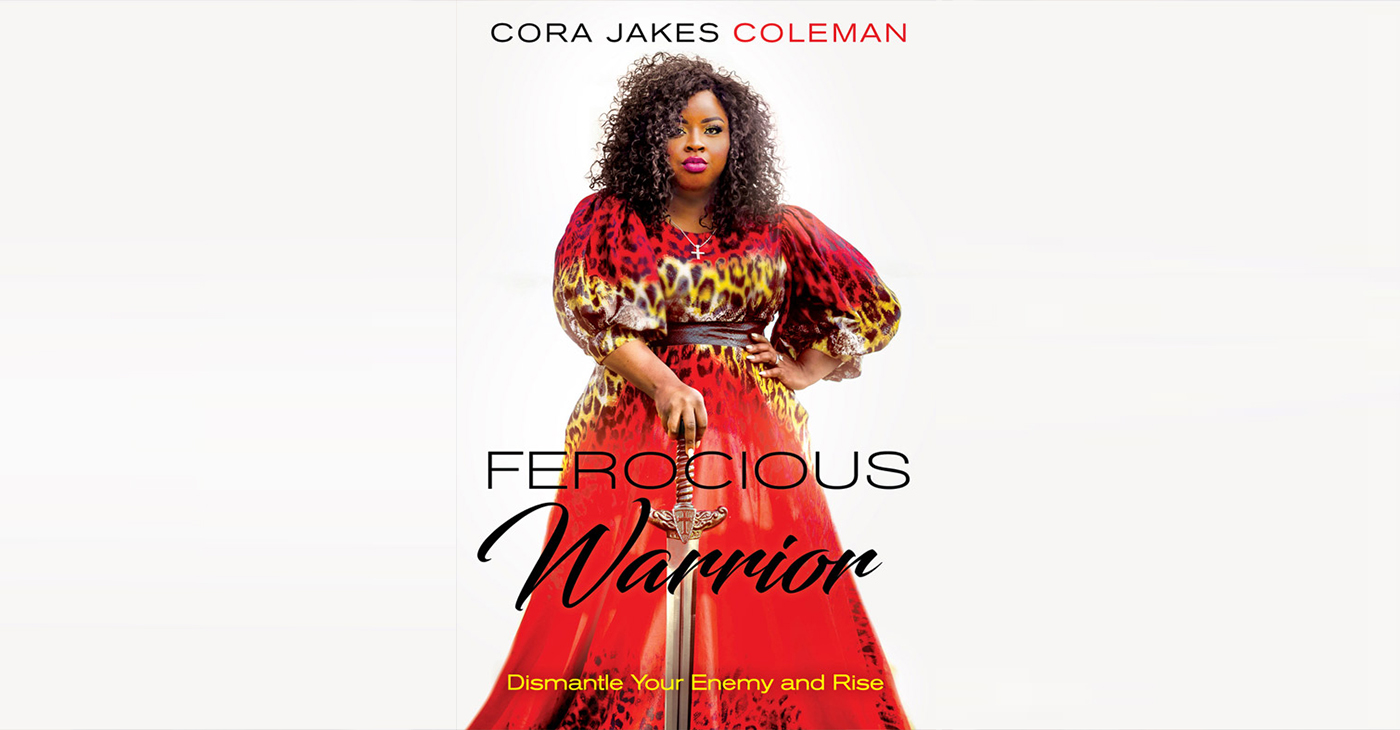 By The Florida Courier

Following in the footsteps of her father, New York Times bestselling author T.D. Jakes, Cora Jakes Coleman has once again added author to her list of accomplished professional titles.

Already a preacher, spiritual advisor to numerous celebrities and director of the Children’s Ministry at The Potter’s House Church of Dallas, Coleman shares her personal journey with infertility, loss, depression and insecurity in her upcoming book, “Ferocious Warrior: Dismantle Your Enemy and Rise’’ (Charisma House, July 16).

In “Ferocious Warrior,” Coleman details how she faced and overcame difficult obstacles common to women, including infertility. Leading with faith after two failed in vitro fertilization attempts, Coleman realized her lifelong dream of becoming a mother through adoption.

Now the mother of a girl and a boy, Coleman shares how ferocious faith wouldn’t allow her to give up on her dreams.

“I have fought, and am still fighting, hard against infertility, but I have learned that infertility goes beyond the physical,” said Coleman.

She also discusses how she battled and won over depression and insecurity.

In her latest book, Coleman encourages readers, especially women, to learn how to pray by faith. She details the hurt and disappointment she felt after losing the foster son she had loved since his birth.

“God used the hurt in my heart to heal me,” she said. “God always has a plan. I couldn’t see what God would bring after heartbreak. I just believed He would bring something good.”

In “Ferocious Warrior,’’ Coleman offers strategies to help identify the tactics and agenda of the enemy, and the obstacles to your breakthrough.

Known around the world as a ferocious prayer warrior who often moves audiences to tears, Coleman also gives step-by-step instructions on how to implement the five principles of prayer.

Each chapter ends with prayers that teaches the reader the secret of how to pray and ask God for exactly what you want. These powerful prayers encourage readers to use pain as a catalyst to catapult them to the next level.

In spite facing many difficult challenges in life, Coleman shows how to think like a warrior and win even the toughest fights in life, career, relationships, and love.

“Ferocious Warrior: Dismantle Your Enemy and Rise’’ will be released on July 16 and can be pre-ordered on Amazon.com.