Swamped by Robocalls? Check Those Terms of Service
Advertisement 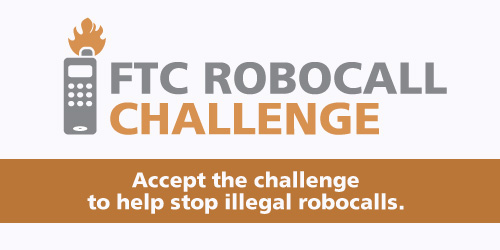 A poster for a challenge to block illegal robocalls (Courtesy Photo)

(CBS News) – Robocalling is thriving — and it’s not only fly-by-night companies that are pressing your digits.

Some major corporations have quietly added clauses to their terms of service that allow them to market or solicit their customers with promotional emails, text messages and phone calls, a trend that the U.S. Federal Communications Commission is cracking down on. In the most recent cases, the FCC has cited ride-sharing company Lyft and the First National Bank for violating a law that protects consumers against unwanted robocalls and texts.

In both cases, Lyft and the First National Bank included language in their terms of service that, at least on the face of it, would give them the right to send marketing messages to customers via text or phone call.

The problem, however, is that the law prohibits companies from forcing consumers to receive robocalls in exchange for purchasing a good or service. Robocalls — and robo-texts — are a growing annoyance to consumers, with complaints on the rise despite the creation of the Do Not Call list over a decade ago.