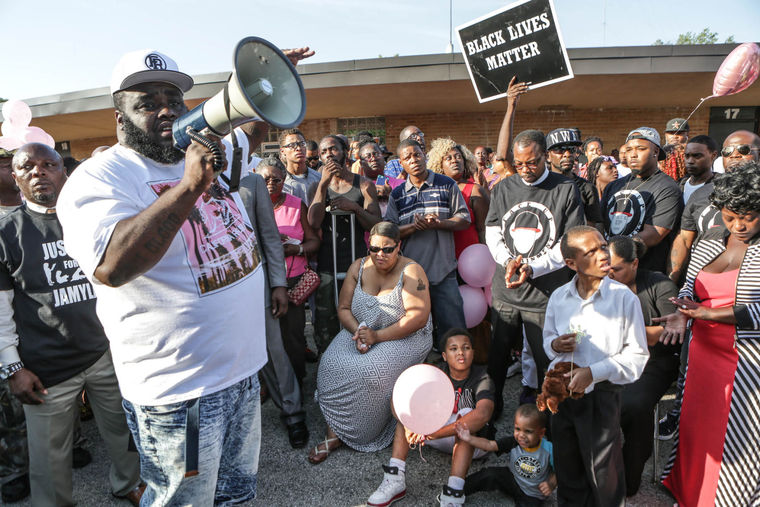 March organizer This’l addresses the crowd as the community comes to show their support for the family of Jamyla Bolden. (Lawrence Bryant/St. Louis American)

FERGUSON, MO (KTVI) – An arrest has been made in connection with the fatal shooting of a 9-year-old in Ferguson.  Ferguson police worked with St. Louis County police and the US Marshals office to arrest De’Eris Brown, 21, at a hospital on Wednesday.  Brown was not a patient at the hospital. He was there to see a family member.

According to the probable cause statement he is charged with unlawful use of a weapon, armed criminal action and murder in the second degree. Bond has been set at $750,000.

Ferguson police identified the suspect because of a tip called into investigators.  A witness identified Brown as the shooter. An informant came forward saying the suspect admitted he shot into the home. Investigators say the suspect confessed to the shooting after being taken into custody at the hospital.

Jamyla Bolden was shot and killed on Tuesday August 18th in her home in the 9200 block of Ellison Drive.

A Life of Listing Grievances, and Then Virginia Gunman’s Final Homicidal Explosion