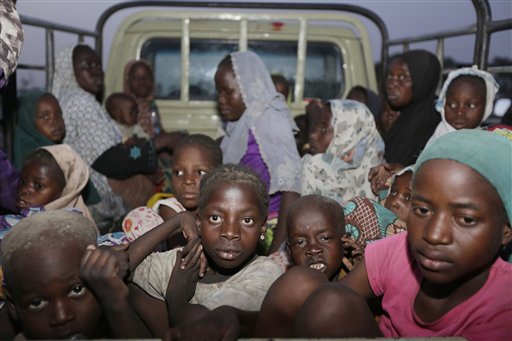 In this Saturday May 2, 2015 file photo, women and children rescued by Nigeria soldiers from Islamist extremists at Sambisa forest arrive at a camp for the displaced people in Yola, Nigeria. (AP Photo/Sunday Alamba File)

(Reuters) – Six out of 10 Nigerian children experience some form of violence and a quarter of girls suffer sexual violence, according to a survey conducted by Nigeria’s population commission.

The study titled Violence Against Children, carried out with support from UNICEF and the U.S. Centers for Disease Control, is the first of its kind in Nigeria and west Africa.

It found that a parent or adult relative was the most common perpetrator of physical violence such as punching, kicking, intentional burning, choking or intention to drown.

The Blood Pressure Study Had Positive Findings — So Why Are Some Doctors Annoyed?