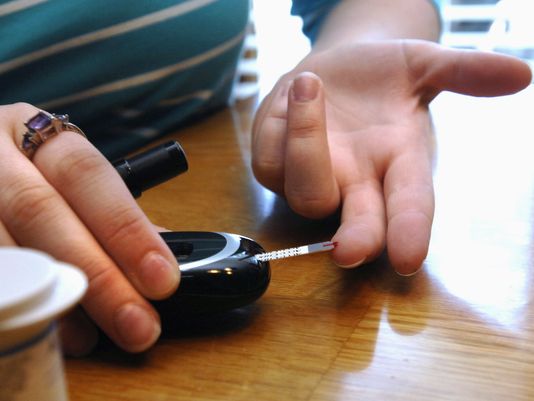 A woman tests her blood sugar level as part of her management of diabetes. (David Proeber, AP)

PITTSBURGH (Philly.com) – People with type 1 diabetes who intensively control their blood glucose soon after diagnosis are likely to live longer than those who do not, according to a study published online Tuesday in the Journal of the American Medical Association.

“We can now confidently tell doctors and patients that good, early control of blood glucose greatly reduces any risk for early mortality in people with type 1 diabetes, usually diagnosed in children and young adults,” said lead author Trevor Orchard, professor of epidemiology at the University of Pittsburgh Graduate School of Public Health.

In Sickness and in Health… but Not in Debt