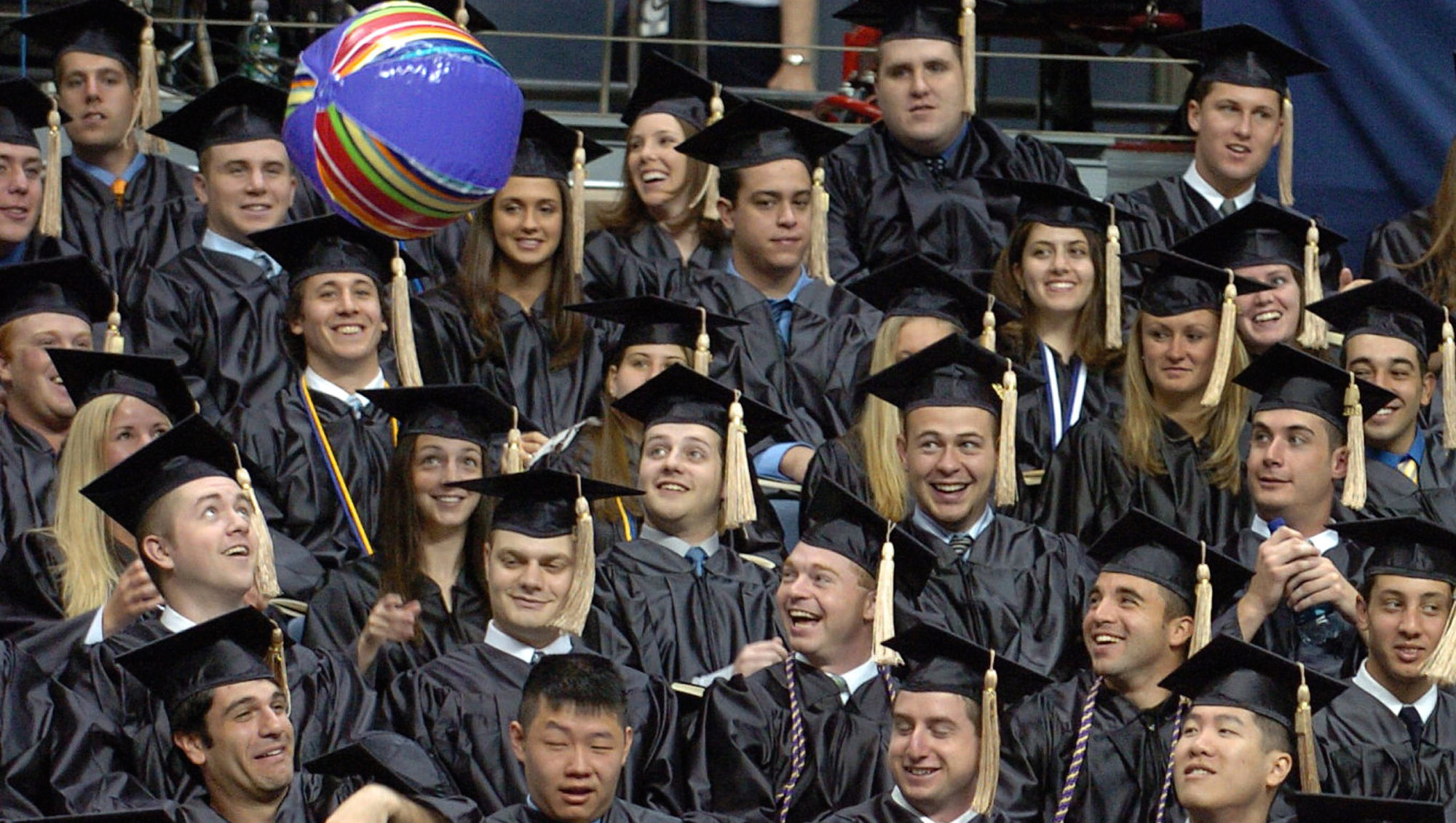 School of Business graduates toss a beach ball around during commencement exercises at the University of Connecticut in Storrs, Conn., Sunday, May 7, 2006. (AP Photo/Jessica Hill)

(The Washington Post) – When English poet John Milton wrote of “Time, the subtle thief of youth” in the 17th century, he probably wasn’t thinking of a high school reunion. But if you’ve ever been to such an event, Milton’s words may have crossed your mind as you walked around the room shaking hands with classmates who had become bald and fat before their time and those who looked like they hadn’t aged a day since you last saw them.

A team of researchers led by Duke University assistant professor Daniel Belsky believes that some of the secrets to the aging process may lie in understanding the phenomenon of why people grow “old” at such differing rates.

“By slowing down the aging process we could prevent not just one disease but many simultaneously,” Belsky, a researcher at Duke’s Center for the Study of Aging and Human Development, said.

Scientists have long known that what happens at the very beginning of life, in the womb, can have powerful effects on a person’s health. But what about in the interim?