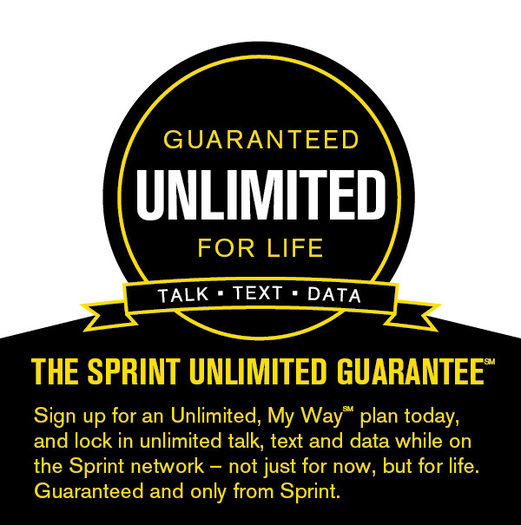 Sprint gave customers its biggest assurance yet that it has no plans to take away unlimited data service as its rivals have done.

Its new “Unlimited Guarantee” comes with the promise that as long as users stick with one of two new service plans, they will have unlimited data as long as they like — or at least until Sprint goes out of business.

“The Sprint Unlimited Guarantee allows our customers to lock in unlimited talk, text and data not for just the next two years, but for life,” Sprint Chief Executive Dan Hesse said in a statement.