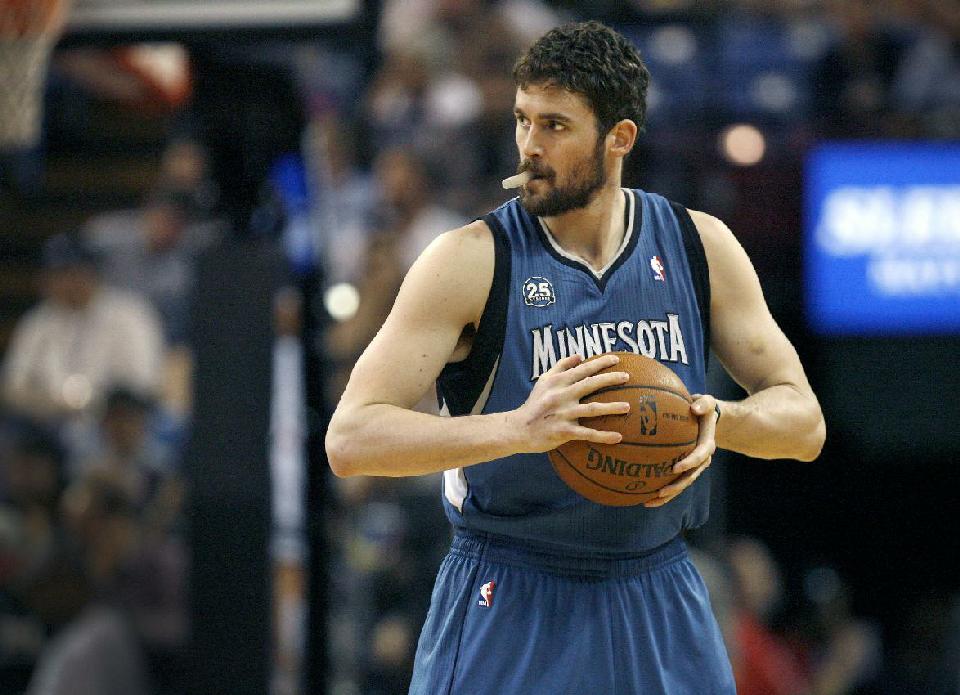 (Yahoo!) – The Minnesota Timberwolves have reached an agreement in principle to send perennial All-Star power forward Kevin Love to the Cleveland Cavaliers for Andrew Wiggins, Anthony Bennett and a protected 2015 first-round draft pick, according to Yahoo Sports.

Wiggins and Bennett were the No. 1 overall picks in the 2014 and 2013 NBA drafts, respectively.

Cleveland is making the deal with Minnesota with a firm agreement Love will opt out of his contract in 2015 and re-sign with the Cavaliers on a five-year, $120 million-plus contract extension, league sources told Yahoo Sports.

The deal cannot be finalized until Aug. 23, because Wiggins, the No. 1 overall pick in the 2014 NBA draft, cannot be traded until one month after the signing of his rookie contract. The two teams have agreed to the deal, but neither would have recourse if the other decided to pull out of the arrangement before it can be formally completed this month. No third team is involved in the Cavaliers-Timberwolves trade agreement.

Love will join superstar LeBron James and Kyrie Irving to create the most devastating trio in the NBA and will instantly make the Cavaliers a frontrunner to win the NBA championship.

N.C.A.A. May Let Top Conferences Play by Own Rules