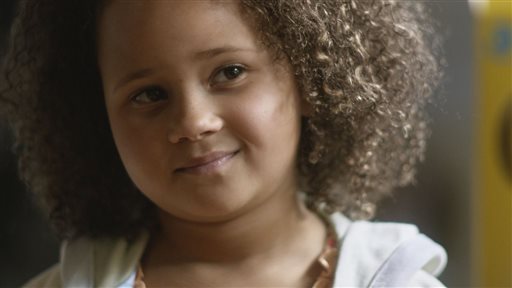 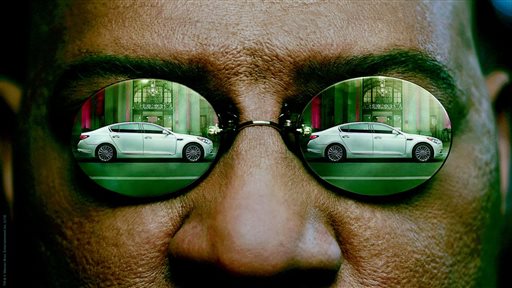 Many advertisers went for a more serious, toned-down feel than in previous years. Budweiser, Coca-Cola and Chrysler all hit patriotic notes. RadioShack got praise for its surprisingly frank acknowledgement of its dated image — and its use of 1980s pop culture figures including Alf. And “Seinfeld” characters Jerry, George and Newman got together for a mini reunion for Jerry Seinfeld’s show “Comedians in Cars Getting Coffee.”

Still, the ads seemed to be upstaged by Joe Namath, at least on social media. When the football hero appeared on the field for the coin toss wearing a massive fur coat, Twitter and other sites buzzed with jokes. The reaction to most ads was much more muted.

Legendary musician Bob Dylan appeared in a Chrysler ad that had been kept tightly under wraps. Dylan walked through the streets of Detroit explaining that the city made cars and that “cars made America.”

In case you didn’t get the point, he goes on to explain in his familiar raspy voice:

“Let Germany brew your beer, let Switzerland make your watch, let Asia assemble your phone. We will build your car.”

It was the second appearance of the night for Dylan, if you count his popular 1960s tune of “I Want You” that played in the Chobani ad.

A Coke ad showed a quick shot of gay couple and their daughter, marking the first time a gay family was included in a Super Bowl ad, according to GLAAD, an advocacy group for the lesbian, gay, bisexual and transgender community.

A longer version of the ad is set to air during the opening ceremony of the Olympic winter games in Sochi.

Sightings of “Seinfeld” actors filming in New York City this week sparked rumors of a reunion.

It turns out they were shooting an ad for Jerry Seinfeld’s show on Crackle, “Comedians in Cars Getting Coffee.”

In the ad, George gripes that he wasn’t invited to a Super Bowl party. After some prodding, Jerry tells him it’s because he “over-cheered.” After some more prodding, Jerry admits the real reason: it seems George “availed himself” in the bathroom of the host’s master bedroom.

RADIO SHACK HAS FUN WITH ITS ’80s IMAGE

At least Radio Shack understands its problem — and can laugh about it.

The company poked fun at its outdated image by having pop culture characters from the past ransacking its store for an “’80s Giveaway.”

Among those spotted: Hulk Hogan, Teen Wolf, that evil Chucky Doll, the California Raisins and Alf, who wasn’t eating a cat.

TIM TEBOW MAKES IT TO THE SUPER BOWL AFTER ALL

Tim Tebow wasn’t on the field, but he still got to enjoy the Super Bowl spotlight.

T-Mobile used the former Broncos quarterback to show how great life can be without a contract. In the ads, Tebow delivered a baby and tackled Big Foot.

If you’re happy and you know it, slap the back of a (glass) ketchup bottle. That was the suggestion in a Heinz ad.

The ad may have been catchy, but it’s worth noting that the majority of Heinz ketchup sold in the U.S. comes in plastic bottles, which were introduced in 1983.

The Pittsburgh-based company is still the country’s No. 1 ketchup maker, with 60 percent of the market in North America, according to Euromonitor. Hunt’s, made by ConAgra, is second.