Searching for Another John Brown
Advertisement 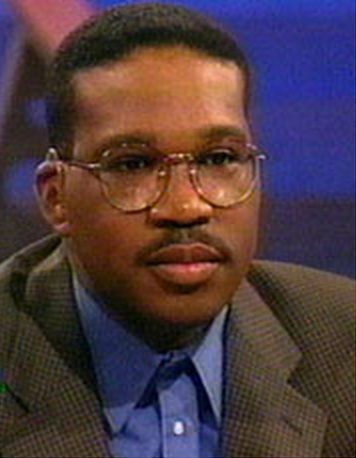 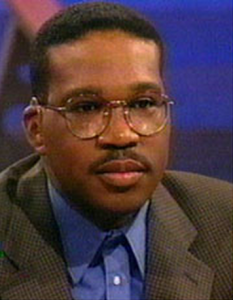 By Walter Fields
NNPA Columnist
Several years ago, I had the pleasure of serving on a panel with the angriest racially-conscious White man in America, journalist Tim Wise. It was an eye-opening experience listening to Wise unapologetically denouncing his own privileged status as a White male and calling the nation to account for its historic and contemporary racism. Wise ventures where few Whites dare to travel, down the road to White entitlement to force an honest discussion to illuminate the many ways Blacks, and people of color in general, have been disadvantaged by institutional racism embedded in our society.

I was excited to join Wise on the panel because his passion reminds me of the conviction of one of my favorite historical figures, John Brown. The White anti-slavery champion is often portrayed as insane or delusional for his ill-fated assault on a military installation at Harpers Ferry. When I first learned of Brown’s heroics as a child, I was mesmerized by the idea that a White man would put his life on the line to counter the mistreatment and brutality inflicted by his brethren on Blacks. To some degree, that act technically might qualify as “crazy,” given that Brown traded in his own privilege card in exchange for an almost certain death. However, Brown likely viewed death as freedom from a nation built upon the degradation of human beings; realizing the inhumanity of slavery would also consume Whites as well.

The likes of Brown and Wise are rare indeed. It’s not their whiteness that makes them special; it’s their willingness to surrender their privilege for the sake of fighting for and risking their status, and their lives, for the emancipation of Blacks. In the case of Brown, the use of violence is generally portrayed as offensive to democratic ideals when in truth, the violence was justified, and had Brown, Denmark Vesey and others been successful, we might be in a more truthful place today in our country. America has only been grazed by violence over its racism when cities briefly flared up during  1919, known was Bloody Summer or Red Summer, and more recently, the 1960s, mostly in reaction to poverty, issues in schools and police brutality. The uprisings in Watts, Detroit, Newark and other cities were not the result of some noble crusade but the frustration of Black people with their substandard existence as conditional citizens.

It seems to me we need a few more indignant White men who are willing to place the issue of race and racism at the forefront of policy debates. Their voices don’t validate truthful expressions of Blacks but they serve to hold up a mirror to other Whites in this country. The racial narrative of our country has been so corrupted by lies and half-truths that the nation’s first Black president has spent six years tiptoeing around the obvious.

The nation’s denial of its racist past and racist present is evident every time the charge of “playing the race card” is thrown in the face of a Black person by a seemingly offended White. The irony is that many Whites are oblivious to the privilege they possess in being able to make that claim. It is only Black suffering that is dismissed as baseless and trivialized as obsessive whining or unjustified complaining used to mask some supposedly innate deficiency. It’s like blaming the burn victim for being scarred by the fire, despite the flames being quite evident and the victim having no role in starting the blaze.

Truth be told, America is being consumed by the flames of racism and there is nothing to suggest that social and economic conditions will improve for Blacks in the near future. The election of Barack Obama to the presidency has really been a magnifying glass exposing the nation’s deep racial abyss rather than being the post-racial milestone many claimed. While many knowledgeable and expert Blacks continue to rightfully address racism, the need for a John Brown is all the more apparent with each new episode of racism. Do we need an angry White man to lead an armed resurrection? No or at least I believe we have not yet reached the point of no return but we are teetering dangerously close.

What we need are Whites willing to challenge denials of racism in America and speak truthfully to the set of benefits they derive from whiteness. Truly conscious White people are like disinfectant to racism. What’s in it for Whites? Perhaps the understanding that their own privilege has no redeeming value except false notions of superiority in a country that is slipping farther and farther behind its global allies is a compelling enough reason. Clearly, many Whites have been harmed by the recent recession and they now have a choice. They can sooth their egos by blaming Blacks and other people of color for their economic anxiety or finally come to terms that racism really has diminishing returns. It is that truth that moved John Brown to action and why his courage and conviction is sorely needed today.

To Be Equal: Mayor Baraka—A New Direction for Newark

Beyond the Rhetoric: The Promise of Colombia—Part 2