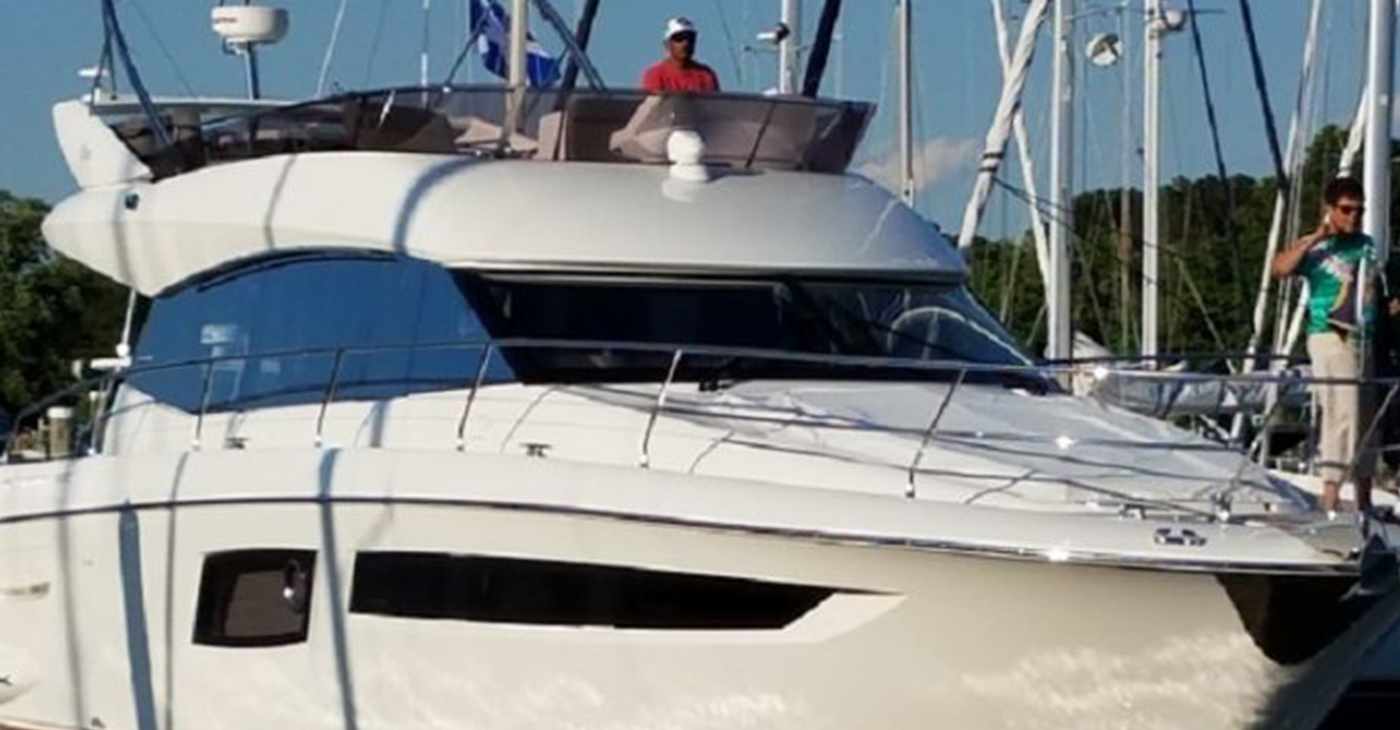 Seafarers Yacht Club of Annapolis, Md. was founded in 1959 by a group of Blacks who lived in the D.C. metropolitan area. (Courtesy of www.seafarersyc.com)

A group of Blacks in the Washington D.C. metropolitan area were interested in boating on the Chesapeake Bay, but, unfortunately, the color of their skin restricted their access to premier boating products and supplies. Thus, in 1959, this same group of Blacks created Seafarers Yacht Club (SYC) of Annapolis, Md., because “…The best way to get around exclusion is to form your own,” as Mel Wyche, past commodore of Seafarers Yacht Club, said.

SYC members wanted to settle in Annapolis, and after the landmark case of Brown v. Board of Education, which, according to the History Channel, deemed racial segregation in public schools unconstitutional, a once ‘Blacks only’ vacant schoolhouse became the Seafarers new home.

The members of SYC, including the only surviving original member of the club, 93-year-old Joe Carpenter, celebrated their 60th anniversary on Sept. 14 with a special cruise from Annapolis to the Baltimore Inner Harbor. Since the club’s inception, the group has grown from its original 13 members to include so many other African-American men and women.

“In the club we’ve got African Americans from all walks of life,” Wyche said. “You have no idea what kind of talent we have in that club until you talk to them individually. You learn how accomplished some of these people are, in the club,” he added.

Being a member in one of very few African-American yacht clubs is an accomplishment that gives its members and their families a sense of pride. Ade Adebisi, current commodore, recalls bringing his children to SYC.

“It has done a lot for our children because by being a part of this club, our children grew up in an environment of highly successful African Americans,” said Adebisi.

Everyone is familiar with the African proverb “It takes a village to raise a child,” but SYC was founded on this principle, and is still ingrained in the work they provide to the community through the Seafarers Foundation. “Right here in Annapolis you have such a large population of African American children who live close to the water, but have never been in the water. One of the core functions of the foundation is to put on an annual summer youth program…to provide swimming lessons to African American children,” Derrick Cogburn, treasurer of SYC and board member of the Seafarers Foundation, told the AFRO.

This two-week program, starting in the second week of July, was created to teach Black youth, specifically, how to swim. Since the foundation began 10 years ago, the program has expanded to provide youth in Annapolis and surrounding areas with a well-rounded education in boating, water safety, etiquette, and life skills. Recently, the foundation partnered with the U.S. Chess Center to offer lessons to the youth.

Interested yet? SYC isn’t just about boating, the club hosts various events throughout the year including hand dancing classes, Mardi Gras, Thanksgiving dinner, and the club’s upcoming event, ‘An Evening of Jazz.’ On Oct. 19, from 7:30 to 11:30 p.m., club members along with their families and friends are invited to spend an elegant evening at the SYC clubhouse listening to smooth jazz by Aaron Rhines & The Groove Unit. Adebisi, a member of SYC since the early 2000s said, “There will be food, dancing, jazz music. It will be a great Saturday evening in the Fall.” For more events from Seafarers Yacht Club of Annapolis, Md., visit http://www.seafarersyc.com.

Atatiana Jefferson, Killed by Police Officer in Her Own Home