Sanders Tells Liberty U: Sorry, But The US Was Founded On 'Racist Principles'
Advertisement 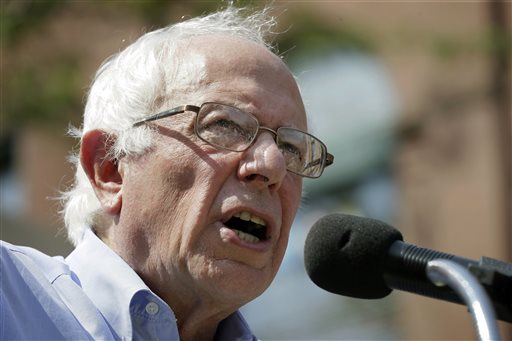 (Talking Points Memo) – Democratic presidential candidate Sen. Bernie Sanders (I-VT) quoted from the Bible and told students that America was founded on “racist principles” during a speech on Monday at Liberty University, a private evangelical Christian university in Virginia.

“I would also say that as a nation, the truth is, that a nation which in many ways was created, and I’m sorry to have to say this, from way back on racist principles, that’s a fact,” Sanders said during a Q&A following his speech. “We have come a long way as a nation.”

Sanders, a self-described Democratic Socialist, quoted from both the Old and New Testaments of the Bible during his speech. The senator acknowledged early on that there were major things students of the school, which was founded by the late Rev. Jerry Falwell, would likely disagree with him on, but that he was there to try to find common ground.

Sanders cited Matthew 7:12, a verse that refers to what is commonly referred to as the Golden Rule, and Amos 5:24: “But let justice roll on a like a river, righteousness like a never-failing stream.”
READ MORE
Post Views: 31
Related Topics:Bernie SandersLiberty Universityracismslavery
Up Next

Carson Catches Up to Trump in CBS/NYT National Poll