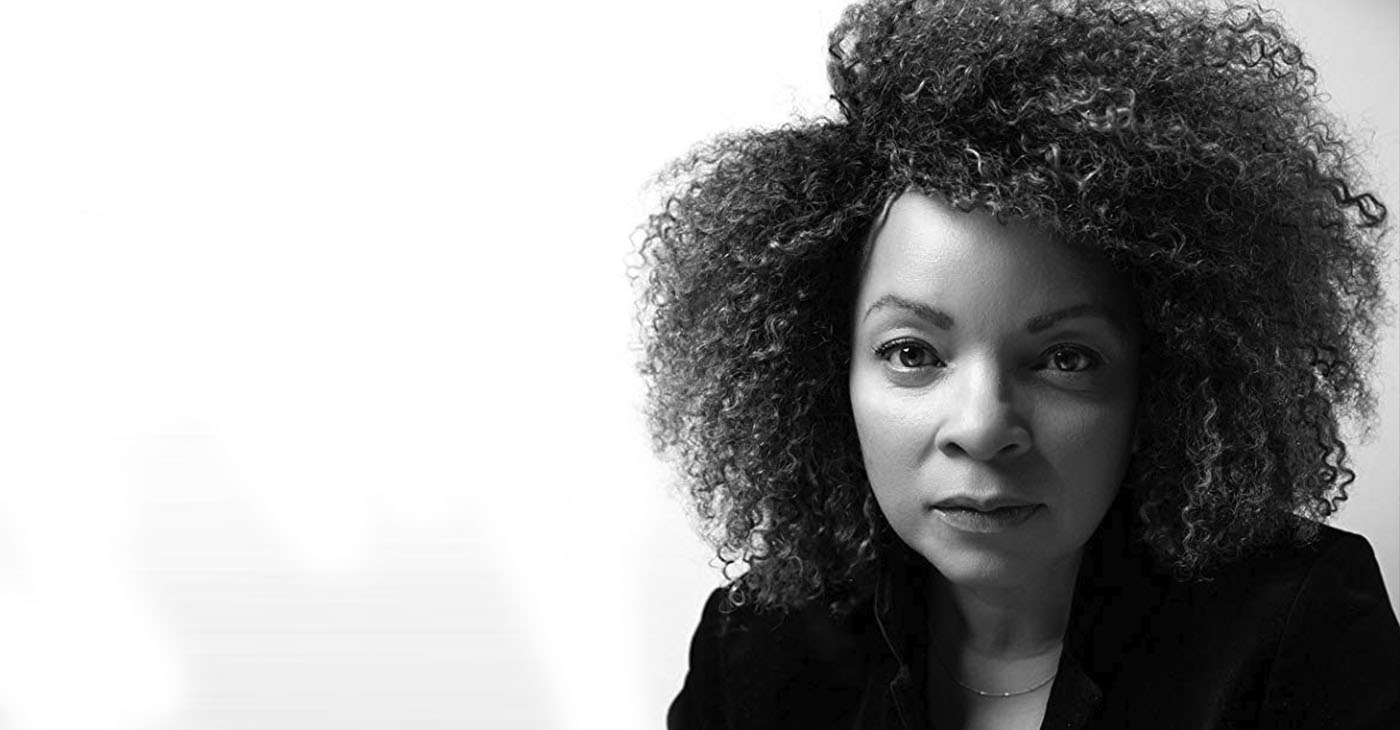 Ruth Carter has a portfolio most designers would give up their best set of scissors to have. The film industry veteran graced the stage at Howard University’s Ira Aldridge Main Theatre to a captive audience of Howard University students. Also in attendance were students from the Duke Ellington School of the Arts. Carter treated the crowd to a presentation highlighting her costume design work on the blockbuster film Black Panther.

A full theatre of students skipped their usual Wednesday schedule to question the costume designer on everything from her work on several films to which directors are her favorite to work with. Carter has over 62 credits to her name spanning TV’s Seinfeld to the historic picture Selma. Carter has worked alongside A-list directors from Ava DuVernay to close friend Spike Lee, who she has worked with on over 14 productions.

Carter recalled for the crowd the moment she got the call to lead the Black Panther team of designers. She was on the set of the film Marshall when she got the call that she had secured her role on the crew for the Marvel movie. After accepting the offer Carter quickly called her brother, a serious fan, to fill her in on the ins and outs of the Marvel superhero. Only a few months later she found herself on set conjuring the battle armor for the marvelous royal guards of King T’Challa, the Dora Milaje.

“They had to be special. Their uniform had to feel like it was something that you could pass down to your child. You trained your child to be a Dora and gave them your uniform,” Carter told the crowd. “In the comics the Dora were developed in many different colors, but the color used the most was red, so Ryan Coogler wanted to stay with the red . . . so I upped the color based on a lot of reds you see in Africa, like those seen on the maasai.”

All this detailed work is extremely expensive. One costume for the movie tallies up to just about $40,000 based on the immense amount of craftwork and research and development needed to create the highly technical suit. “There is a lot of R&D [research and development] in making a costume like the Dora. You try things, they don’t work, and you have to have the money to pay for it. You can’t have a craftsperson work on a strap that you think is going to be great and it doesn’t go well, and you go, ‘Ok, thanks for your time.’ No, you have to pay them for that time.”

Carter took the crowd through an aesthetic tour of the African continent highlighting the tribes and cultures that influenced her crafting of the costumes seen in Black Panther. The first stop was the OvaHimba tribe of Namibia. From them Carter borrowed the distinctive locks and the unique paste of butter, fat, red ochre, and herbal aromatics worn by the women. The gold rings worn around the necks of the Dora are inspired by the indzila, a traditional jewelry of the Ndebele tribe. One of the more striking relics the designer mimicked was worn by the film’s anti-villain Killmonger. The mask Killmonger liberates from the London museum and claims as his war mask is inspired by the ritual mask of the Igbo people of Nigeria. Fittingly the mask with its long horns and bared teeth signify aggression with its name, Mgbedike, translating to “time of the brave.” And finally, one of the more distinct costumes used for the film, that of M’Baku, comes from Mali’s Dogon tribe. The ceremonial skirts that the Dogon use, find themselves on the mountain warrior tribe of the Jabari who Carter also adorns with the fur of the silverback ape.

While Black Panther is her first foray into the Marvel cinematic universe we can expect to see more of her soon. Carter recently did work for the now shelved project on the Marvel character Silver Sable and Black Cat continuing her work in the superhero genre. Ruth Carter’s work will next be seen in the film Dolomite is My Name starring Eddie Murphy.

Jeter Serves as a Groundbreaking Voice in Metro