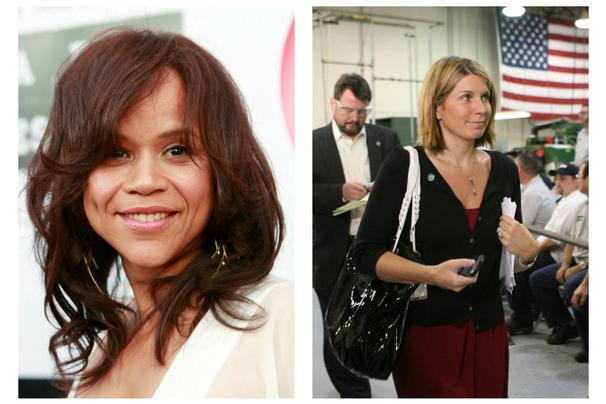 Rosie Perez and Nicolle Wallace have been selected as the new co-hosts for “The View,” according to USA Today.

Perez, who turns 50 on Saturday, is a singer, dancer and activist. She was the choreographer for the classic comedy show “In Living Color” and also starred in Spike Lee’s “Do The Right Thing”.

Wallace, 42, is an author and political commentator who served as communications chief during the George W. Bush presidency. Wallace also served as a senior advisor for the McCain–Palin campaign in 2008.