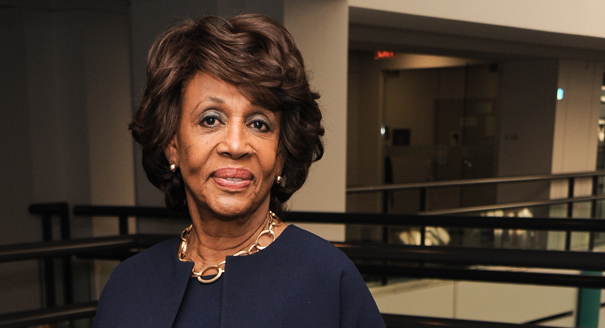 (Politico) – Maxine Waters — the fiery liberal from Los Angeles known for calling House Republican leadership “demons” and threatening to nationalize oil companies — has gone from the scourge of Big Business to a sympathetic ally for corporate America.

Waters is executing this transformation by seizing on the growing divide between conservative Republicans and Big Business and leveraging her position as the top Democrat on the House Financial Services Committee, where in the coming weeks she will play a role in the battles over extending a terrorism insurance program and the Export-Import Bank.

A large part of her strategy has been to seek out opportunities to play the yin to committee Chairman Jeb Hensarling’s yang. When the Texas Republican’s free-market agenda has led him to oppose government programs the business community supports, Waters has been ready to jump in and deal.