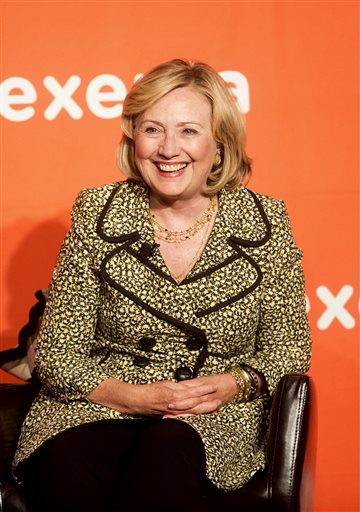 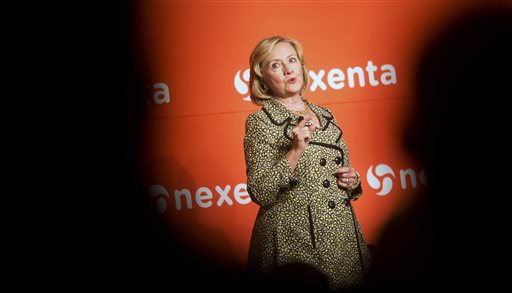 SAN FRANCISCO (AP) — Hillary Rodham Clinton broke nearly three weeks of silence Thursday on the fatal police shooting of an unarmed 18-year-old in Missouri, saying his death and the violent protests that followed resulted from frayed bonds of trust in a racially divided community.

The remarks by the former secretary of state during a speech to a technology group were her first about Michael Brown’s Aug. 9 death in the St. Louis suburb of Ferguson.

As a potential Democratic presidential candidate, Clinton was criticized for waiting so long to talk about the shooting of Brown, who was black, by a white police officer after a midday confrontation on a street.

Clinton lamented the shooting and the numerous tense confrontations that followed between angry protesters and heavily armed police.

“This is what happens when the bonds of trust and respect that hold any community together fray,” she said. “Nobody wants to see our streets look like a war zone. Not in America. We are better than that.”

She said America cannot ignore inequalities in its justice system.

“Imagine if white drivers were three times as likely to be searched by police during a traffic stop as black drivers, instead of the other way around,” she said, or “if white offenders received prison sentences 10 percent longer than black offenders for the same crimes.”

“That is the reality in the lives of so many of our fellow Americans and so many of the communities in which they live,” she said. She said Martin Luther King Jr.’s call for racial equality “is as fiercely urgent today” as it was decades ago.

Civil rights activist Al Sharpton was among those who chastised Clinton and other politicians for waiting weeks to discuss the events in Ferguson. Sharpton said Clinton and former Florida Gov. Jeb Bush, a potential GOP presidential candidate, should not “get laryngitis on this issue.”