Rapidly Changing Landscape Leaves No Easy Fixes for LeBron, or the Heat
Advertisement 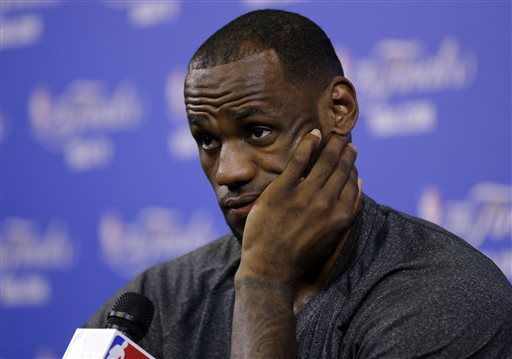 (CBS Sports) – And so it begins. LeBron James walked into the AT&T center at 5:05 p.m. CT on Sunday night, and walked out of it six hours later with his third Finals defeat. You know what comes next.

It was not a stretch, according to one of those team members, to say that James is leaving his options wide open. He and his family love Miami, he said, but he was not prepared to commit to anything beyond the moment — not a minute beyond the June 30 deadline for the Heat’s Big Three to terminate the contracts they signed when they teamed up in July 2010 and changed the NBA landscape.